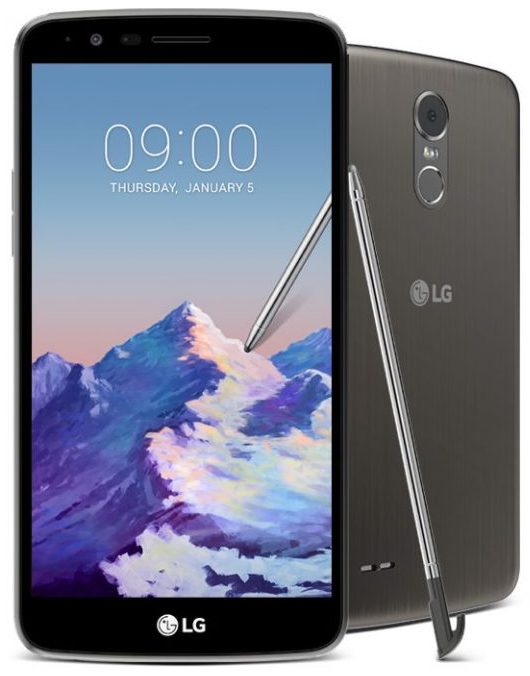 The South Korean smartphone manufacturer LG finally launched its latest mid-end smartphone LG Stylus 3 with a stylus pen in Indian market at the cost of Rs.18500. The users can use the stylus to crop an image, and can also adjust the angles with the stylus.Since, it was already announced in December, 2016 just ahead of CES, 2017.It is the successor of the LG Stylus 2, which was launched in February, 2016.
The smartphone LG Stylus 3 sports 5.7-inch In-cell Touch 2.5D curved glass IPS display with the resolution of 1280 x 720 pixels, 3GB RAM, internal storage capacity of 16GB, which can be further expanded up 2TB via microSD card slot.
It is powered by 1.5 GHz Octa-Core MediaTek MT6750 64-bit processor with Mali T860 GPU and runs on Android 7.0 (Nougat).
The camera section of the smartphone LG Stylus 3 features a 13MP rear camera with LED flash, f/2.2 aperture and a front-facing camera of 8MP. It has the dimension of 155.6 x 79.8 x 7.4mm and weighs 149g.
Connectivity wise, it includes 4G LTE, Wi-Fi 802.11 b/g/n, Bluetooth 4.1, GPS and it is powered by a removable battery of 3200mAh.

The smartphone LG Stylus 3 offers various functions for Pop memo, Capture+, Pop Scanner, Quick Memo, and thumbnail previews of recent notes when the pen comes out. The LG Stylus 3 also supports Screen-off memo feature that lets the users to write on the screen when the screen is off with the help of stylus. The Pen Keeper feature will keep notifying users about putting back the stylus back in the device. A Fingerprint scanner is placed at its rear panel.
The Indian users can get the device in Metallic Titan color.

As we know its predecessor LG Stylus 2 features a 5.70-inch touchscreen display with a resolution of 720 x1280 pixels. It has 1.5GB RAM, internal storage capacity of 16GB, which can be further expanded up to 256GB via microSD card slot.
The LG Stylus 2 is powered by 1.2GHz quad-core processor and runs on Android 6.0. It comes with the dimension of 155.00 x 79.60 x 7.40 and weighs 145g. It has a rear camera of 13MP and a front-facing camera of 8MP.
It is a single-SIM device which comes with connectivity options including Wi-Fi, GPS, Bluetooth, USB OTG, FM, 3G and 4G and also features Proximity sensor, Accelerometer, Ambient light sensor and Gyroscope.