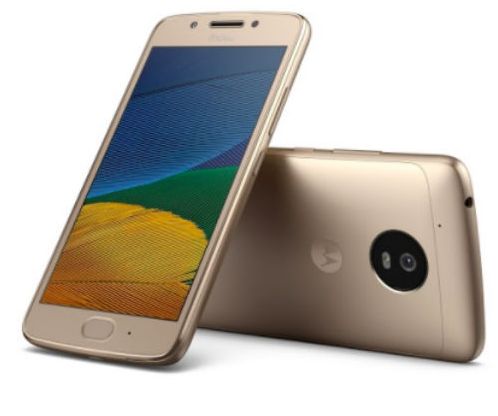 Last month, Motorola already announced a couple of devices Motorola Moto G5 and Moto G5 Plus with metallic body at MWC 2017 in Barcelona and after that the company launched the Motorola Moto G5 Plus for the Indian users. Now according to the latest information, the smartphone manufacturer Motorola, the Lenovo subsidiary is preparing to launch its latest smartphone Motorola Moto G5 in India and hence in this regard it has sent out invites for its launching which will be held on 4th April.
Motorola Moto G5 sports 5-inch Full HD display with the resolution of 1920 x 1080 pixels safely guarded with Corning Gorilla glass 3 protections. It has 2GB /3GB RAM, internal storage capacity of 16GB, which can be further expanded up to 128 GB via microSD card slot. It is powered by 1.4GHz Octa-Core 64-bit Snapdragon 430 (MSM8937) processor with Adreno 505 GPU and runs on Android 7.0 (Nougat). It has Dual –SIM functionality and a Fingerprint sensor.The Moto G5 has a removable back cover and has dual SIM slots, microSD card slot and packs a 2800mAh battery with 10W rapid charging
The camera section of the device includes a 13MP rear camera with dual-tone LED flash, PDAF, 1080p video recording and a front-facing camera of 5MP with OmniVision OV5693 sensor. It comes with Water repellent nano-coating. The device has the dimension of 144.3x73x9.5 mm and weighs144.5g.
Connectivity wise, it features 4G VoLTE, WiFi 802.11 a/b/g/n, Bluetooth 4.2, GPS and also has a front-ported loudspeaker for better sound experience .

The India users will get the smartphone Motorola Moto G5 in Lunar Gray and Fine Gold colors. The company will make it available from 5th April 2017 at 12 midnight (00:00 hrs.) via Amazon.in.