Oppo F3 Plus spotted on GFXBench, leaked in videos 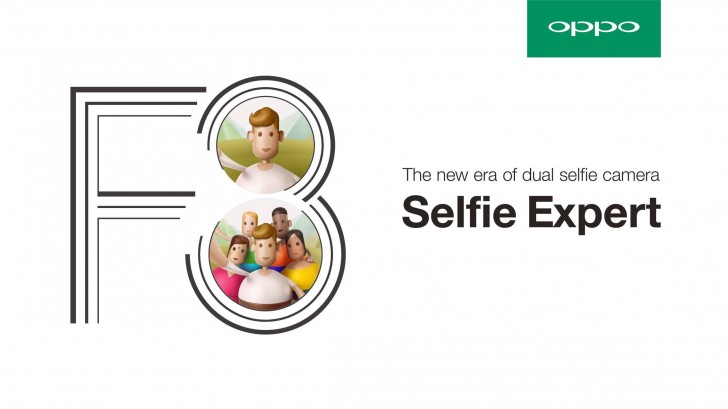 Recently, the Chinese smartphone manufacturer Oppo officially confirmed that both the devices Oppo F3 and Oppo F3 Plus will be launched on 23rd of this month. Now one of the devices Oppo F3 Plus spotted on GFXBenchmark along with the confirmation of the rumored specifications.
As we know, both the smartphones already confirmed as the “Selfie Expert” by the company which will feature 16MP and 8MP front-facing cameras along with rear camera of 16MP. 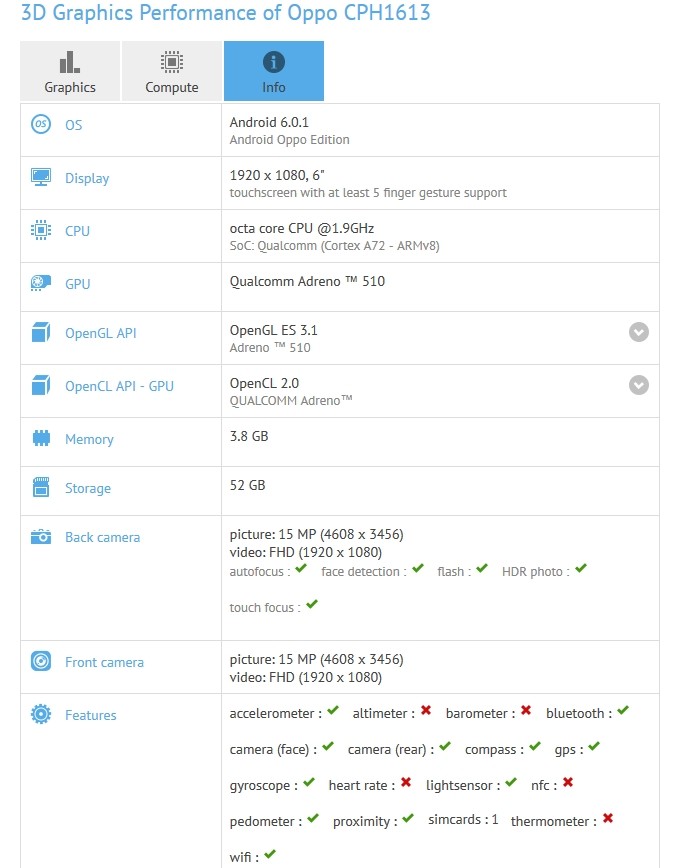 According to the latest rumor, the upcoming device Oppo F3 Plus will sport 6.0-inch FHD display, 4GB RAM, internal storage capacity of 64GB, which can be further expanded via microSD card slot. It will be powered by a Qualcomm MSM8976 Pro chipset with Snapdragon 653 processor. It will have the dimension of 163.63 x 80.8 x 7.35 mm and weighs 185 grams. It will come with a dual Nano SIM support and LTE connectivity. It will be powered by a 4,000 mAh battery.
The other device Oppo F3 will come with 5.5-inch Full HD display, pixel density of 401ppi, 4 GB RAM,internal storage capacity of 64GB,whih can be further expanded up to 128GB. It will support Fingerprint sensor.
It will be powered by Snapdragon 652chipset with the Octa core processor and runs on Android v6.0 (Marshmallow). The device will equip a non-removable 4,000 mAh battery.
It will come with a rear camera of 16 MP with LED Flash and Dual front-facing camera of 16MP added by 8MP camera.

The leaked video of the Oppo F3 Plus also gives little information related to its specifications including its dimension as 163.63 x 80.8 x 7.35mm, a 120-degree wide angle lens for one of the selfie cameras and VOOC support.
In coming days, both the models will be launched in five countries including Philippines, Myanmar, Vietnam, Indonesia and India.
We have to wait few more days for more confirmed information related to the upcoming smartphones.