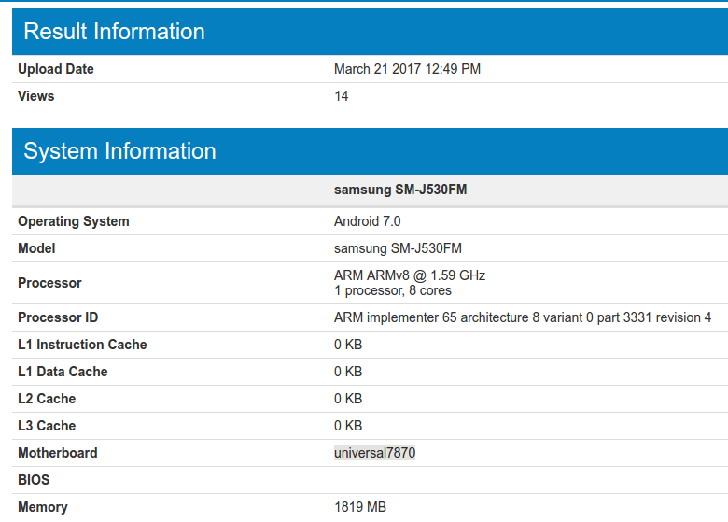 The upcoming smartphone Samsung Galaxy J5 (2017) received the WiFi certification last month, now the device moves one more step forward and showed on Geekbench with leaked specifications .
According to the Geekbench, the device Samsung Galaxy J5(2017) will sport a 2GB RAM. It will be powered by Exynos 7870 SoC chipset and runs on Android 7.0 Nougat.
As we want to remind that the WiFi listing had showed Android 6.0 Marshmallow, which is totally different from the current listing of Geekbench.
The company didn’t reveal its cost and its availability, but there is expectation that it will be confirmed soon.