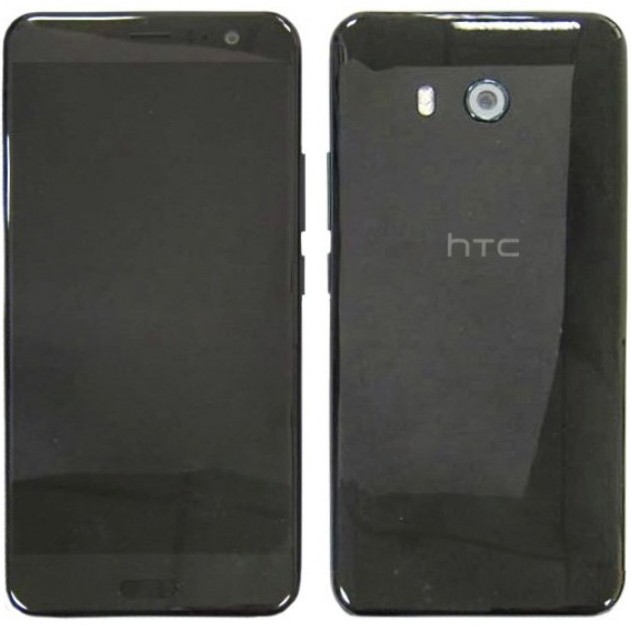 A couple of days ago,  a rumor surfaced on the web that the upcoming flagship smartphone HTC U is likely to come with IP57 certification, dual-SIM version, without 3.5mm jack. Now the smartphone manufacturer HTC has finally decided to announce the device on 16th May, 2017. In this regard it has released a five second teaser along with a quote: “Squeeze for the Brilliant U.”on its twitter account. There is clear indication that the device will feature Edge Sense technology, which controls many features of the device. 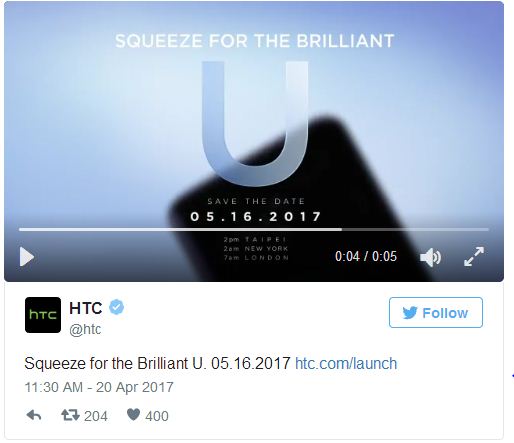 According to the latest rumor, the upcoming device HTC U will sport a 5.5-inch QHD touchscreen with a resolution of 2560 x 1440 pixels and will be powered by Qualcomm’s Snapdragon 835 chipset with Adreno 540 GPU and it will run on Android 7.1 Nougat with HTC Sense 9. 64 .The smartphone  will include 4GB RAM, internal storage capacity of 64/128GB ,which can be further expandable up to 2TB with microSD card slot.
The device will include a rear camera of 12MP with dual-tone LED flash, IMX362 sensor, OIS, 4K video recording and a front-facing camera of 16MP with Sony IMX351 sensor.