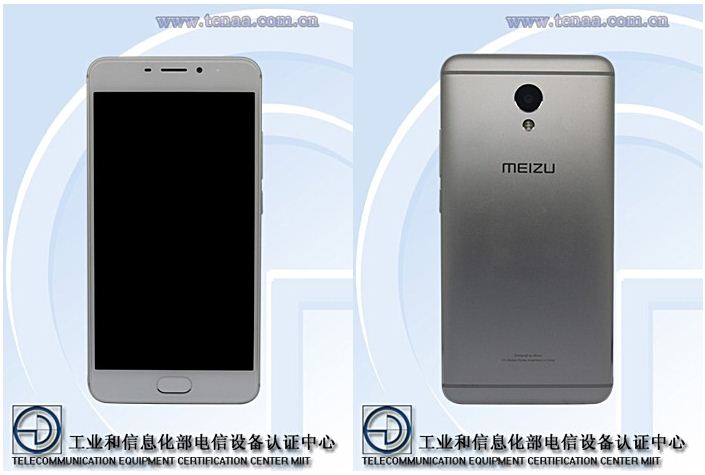 Recently, the upcoming affordable device Meizu E2 listed as M621C-S spotted at TENAA. After that the Chinese smartphone manufacturer sent out the invites for its announcement which will be held on 26th April at Beijing Performing Arts Center at 3PM China Time (12:30 PM IST).
Now the hands-on video of the device Meizu revealed on Weibo. The teaser video runs for 10 seconds unveiling its USB-C port and a 3,5 mm audio jack on the bottom, also the home button on the front showed twice as a fingerprint scanner.
On looking the camera setup of the leaked video we find the rear camera is placed on its upper left corner of the device, which is totally different from the official render that was leaked on TENAA last month. So, here the contradiction raised and it forced us to think that either it will be a fake video or the company is going to release the two versions of the smartphone Meizu E2. So, we have to wait 6-7 days to get more confirmed information related to it.

According to the latest rumor, the device Meizu E2 will come with a metal unibody design. It will feature 5.2-inch HD display with the resolution of 1280 x 720 pixels, 2GB RAM with 16GB storage/3GB RAM with 32GB storage/ 4GB RAM with 64GB storage, expandable memory up to 128GB with microSD card slot.The devic will come with the dimension of 148.2 × 72.53 × 8.4mm and weighs 138g.It will house a fingerprint sensor, which will be embedded in its home button.

The camera section of the smartphone will include a rear camera of 13MP and a front-facing camera of 5MP.
Connectivity wise options, it will include 4G VoLTE, WiFi 802.11 b/g/n, Bluetooth 4.0 LE, GPS / GLONASS and will be backed by a 2930mAh battery with fast charging.

The users will get the device Meizu E2 in Silver, Grey, Gold and Rose Gold colors. The company hasn’t revealed its cost yet.