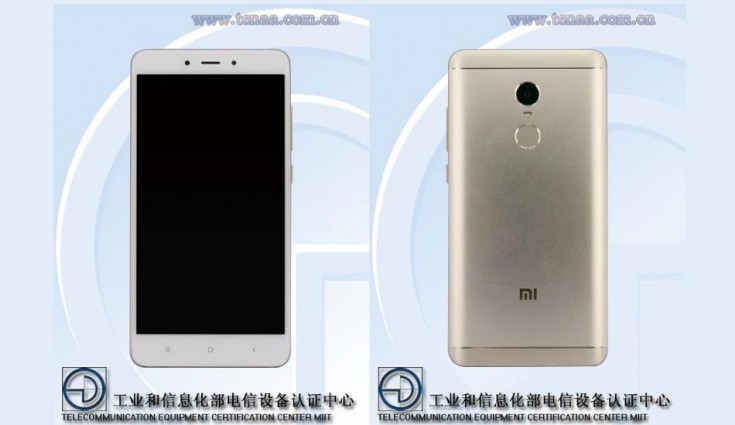 A latest Xiaomi smartphone with model name’ Xiaomi MBT6A5’ passed the TENAA with leaked specifications.
The TENAA listing revealed that the upcoming smarphone Xiaomi MBT6A5 will come with a 5.5-inch full HD display with the resolution of 1920 × 1080 pixel, 4GB  RAM and 64GB of internal storage, which can be further expandable up to 128GB via MicroSD card. It will be powered by a 2GHz deca-core processor (could be the MediaTek Helio X20/X25 processor) and will run on the Android 6.0 Marshmallow. It will sport a fingerprint scanner on its back panel. The device will have a dimension of 151 x 76 x 8.35 mm and weighs around 175 grams.
The camera section of the device Xiaomi MBT6A5 will include a rear camera of 13MP with LED flash and a front-facing camera of 5MP. It will equip a 4000mAh battery.
Connectivity wise, it will feature, 4G VoLTE, Bluetooth, GPS,WiFi and a microUSB port and a Dual SIM functionality.
There is expectation that the company will make the device Xiaomi MBT6A5 available in ten different colors including Gold, Grey, Silver, White, Black, Pink, Champagne Gold, Frosted black, Dark gray and Cherry blossom.

The company didn’t reveal the cost as well as its date of its announcement yet.