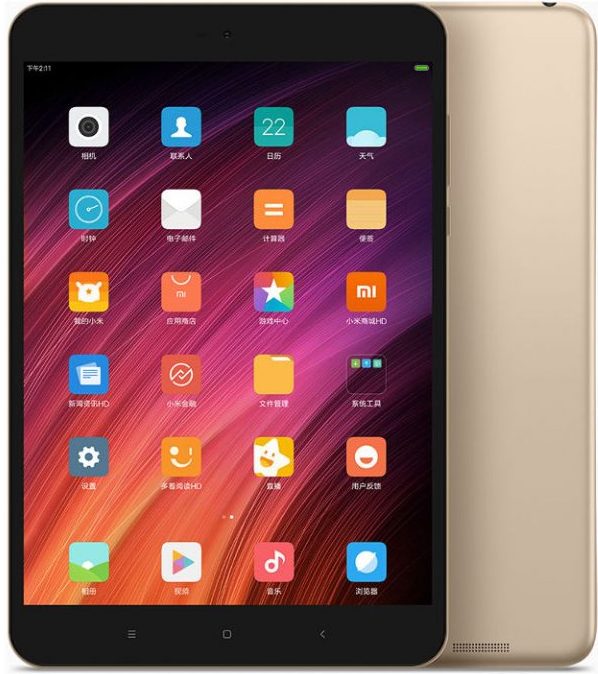 Lots of rumors related to the device Xiaomi Mi Pad 3 surfaced on the web in recent days, now the company finally stopped the rumor by announcing it in China at the cost of 1499 yuan (US$ 217 / Rs. 14120 approx.). It is the successor of the Xiaomi Mi Pad 2 that was launched in China in November, 2015.

The camera section of the device includes a rear camera of 13MP with 1080p video recording, f/2.0 aperture and a front-facing camera of 8MP with f/2.2 aperture.
Connectivity wise, it features WiFi 802.11 ac (Dual Band), WiFi Direct, Bluetooth 4.1, USB Type-C and it is powered by non-removable battery of 6600mAh.

The users can get the device Xiaomi MiPad 3 in Golden color and the company will start its sale for its countrymen from tomorrow at Mi Fan Festival 2017. Its arrival in Indian market is still unconfirmed.

Its predecessor Xiaomi Mi Pad 2 sports a 7.9-inch IPS display with the resolution of 2048×1536 pixels with a pixel density of 326ppi. It has 2GB RAM and internal storage capacity of 16GB/64GB. It is powered by Intel Atom X5-Z8500 quad-core processor clocked at 2.2GHz coupled with Intel HD GPU and runs on Android 5.1 Lollipop based MiUi 7.

The tablet Xiaomi Mi Pad 2 includes a rear camera of 8MP with f/2.0 aperture and a front-facing camera of 5MP.
Connectivity wise, it features Wi-Fi, Bluetooth and GPS/A-GPS. The tablet also features a USB Type-C port for faster data sharing. The device equips a massive battery of 6190mAh battery.