LG G7 likely to be powered by Snapdragon 845 processor 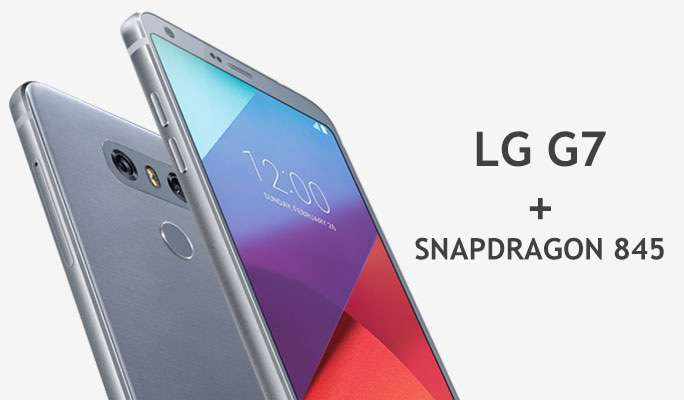 As we know the Snapdragon 835 is built on 10nm process while the 845 SoC will be built on 7nm process, which will make it 30% more powerful than Snapdragon 835. So, there is expectation that upcoming LG G7 will come with more improved and fast processing compare to the LG G6.

The camera section of the smartphone  includes a 13MP dual rear camera with dual-tone LED Flash, OIS 2.0, 4K video recording, 71-degree-wide angle lens, secondary rear camera with 125-degree lens and a 5MP front camera with 100-degree wide-angle lens .It is backed up by a 3300mAh non- removable battery.
It features Dolby Vision technology and also supports HDR 10, both of which is standards for High Dynamic Range (HDR), and makes the users to capture a wide range of photography with full details.
Connectivity wise, it includes 4G LTE, WiFi 802.11 ac (2.4GHz and 5GHz), Bluetooth 4.2 LE, GPS, NFC, USB Type-C 2.0 (3.1 compatible). It is powered by 3300mAh battery with Qualcomm Quick Charge 3.0.