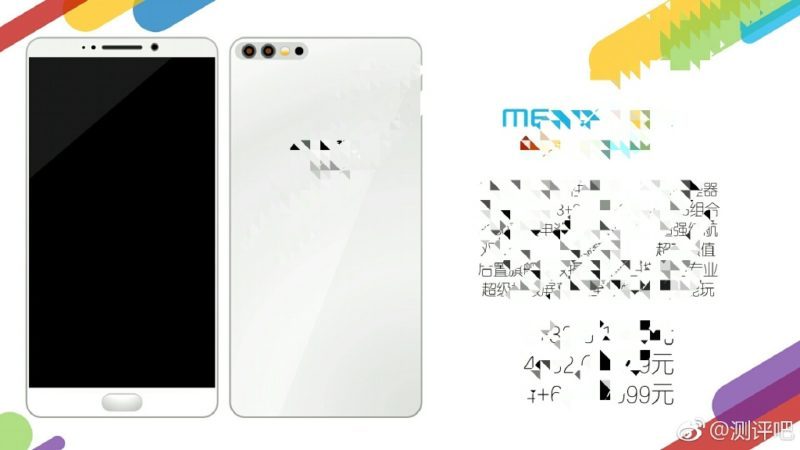 The images as well as the specifications of the upcoming smartphone Meizu Pro 7 leaked on 30th January, 2017. Now after couple of months ago, the device again unveiled in new images along with more rumored information. This time the images of the device revealed its dual rear camera setup in its horizontal position along with dual-tone flash. We can also see the leaked poster in not better condition to read the specifications, but the image showed it’s thin bezels with home button at the bottom of the device. Since, these images as well as the concerned specifications are not officially confirmed. So we can’t take as granted.

According to the latest rumor, the unannounced smartphone Meizu Pro 7 will come with titanium body and it will sport a display of 5.7-inch with the resolution of 3840x2160pixels or 4K display. It will be armed by MediaTek’s Helio X30 chipset.

The camera section of the device Meizu Pro 7 will feature 12MP rear camera with Sony’s IMX362 sensor, with 1.4um pixels and a 10-LED flash array.
The smartphone Meizu Pro 7 will come with three versions. The users will get the entry-level model with 4GB RAM and 64GB of storage and will cost CNY 3,299 ($479).
The second version will have 6GB RAM and 128GB of storage capacity and it will be available at CNY 3,599 ($523). The high-end model will feature massive 8GB of RAM and internal storage capacity of 128GB at CNY 3,799 ($552).
All the information related to the device will be confirmed on its announcement, which will be held anytime this month. The exact date of its announcement is still unconfirmed.