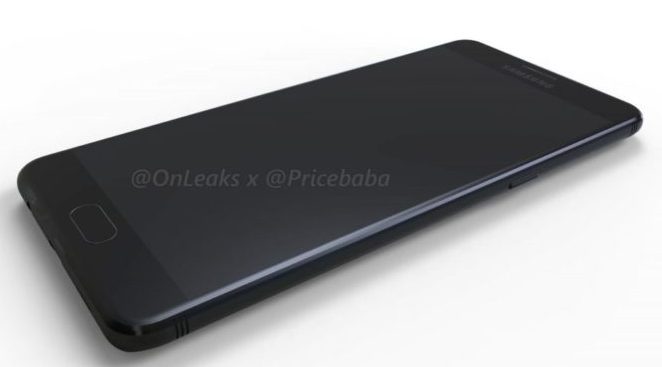 Recently, the image of the latest upcoming smartphone Samsung Galaxy C10 leaked on the web in rose gold color and it will be the Samsung’s first smartphone with dual-camera setup.
Now the device Samsung Galaxy C10 leaked in renders and revealed in a 360-Degree video via Pricebaba in partnership with @OnLeaks.
In the leaked video, we can see the dual camera setup with the LED Flash just placed at the rear panel just on its right side. The device also showed the antenna lines but we can’t see the fingerprint sensor at it’s back, which confirms that it will be placed into to the Home button. An extra button is situated under the Volume rocker buttons which is for its own Al Bixby. The video also revealed speaker grill, 3.5mm headphone jack, and USB Type-C port.
According to the latest rumor, the upcoming smartphone Samsung Galaxy C10 will sport a 5.5-inch display, dimensions of 152.5×74.8×7.68mm. It will be powered Snapdragon 660 chipset.

We have no information related to its launching, but it is expected that it will be launched soon.