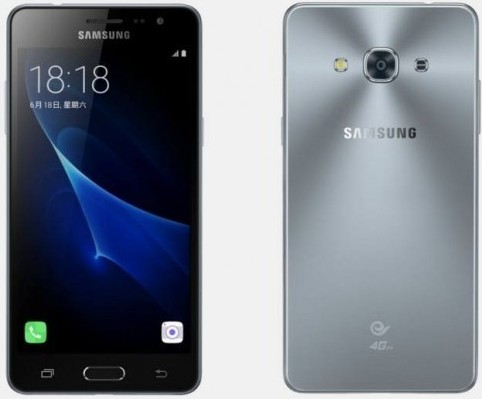 The tech giant Samsung launched its latest budget phone Samsung Galaxy J3 Pro Plus in the Chinese market. It is the upgradation to the predecessor Samsung Galaxy J3 Pro that was launched for the India users last month.
The Samsung Galaxy J3 Pro Plus has polycarbonate body with metallic texture finish at its back and sports 5-inch HD Super AMOLED display with the resolution of 1280 x 720pixels, 2GB RAM, internal storage capacity of 16GB, which can be further expanded up to 128GB via a micro SD card. It is armed with1.5GHz quad-core processor and runs on Android 5.1 Lollipop. The smartphone is backed up by a 2600 mAh battery. It has the dimension of 142.3 x 71 x 7.9mm and weighs around 138 grams.

The camera section of the smartphone features a rear camera of 8MP with LED Flash and a front-facing camera of 5MP.

The users will get the device in Gold color, but the cost of the device is still unconfirmed.

Recall, the predecessor Samsung Galaxy J3 Pro which features a 5-inch HD Super AMOLED display with the resolution of 1280 x 720 Pixels. It has a 2GB RAM, 16GB internal memory, expandable up to 128GB with microSD. It is powered by 1.5 GHz quad-core Spreadtrum processor and runs on Android 5.1 (Lollipop). It comes with the dimension of 142.3 x 71 x 7.9mm and weighs 138g. The device supports few features like UDS, and S bike modes. UDS basically helps users save up to 50 percent mobile data costs, while the S bike mode uses NFC to help riders use the phone when on a bike.
It has an 8MP auto focus rear camera with LED Flash, f/2.2 aperture and a front-facing camera of 5MP with f/2.2 aperture.