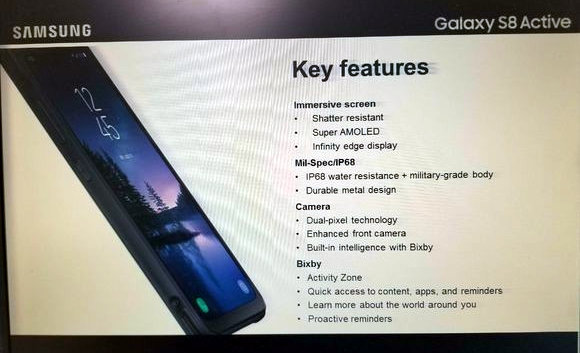 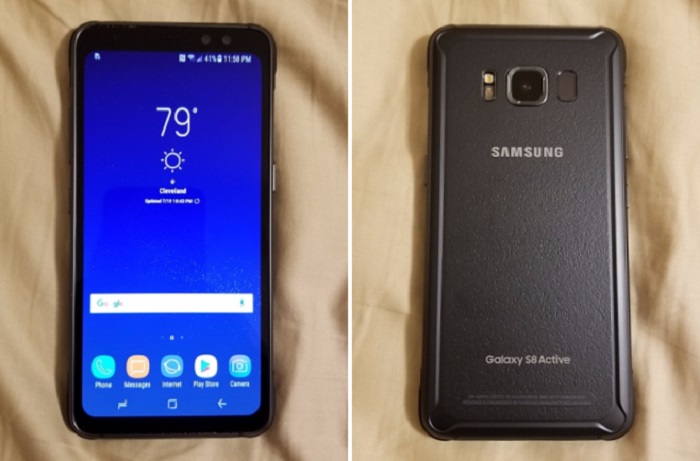 According to the leaked rumor, the smartphone Samsung Galaxy S8 Active will sport a Quad HD Plus Super AMOLED display of 5.8-inch with the resolution of 2960 × 1440 pixels with 570ppi. It comes with Corning Gorilla Glass 5 protection. It will have 4GB LPDDR4 RAM, internal storage capacity of 64GB (UFS 2.1), which can be further expanded upto 256GB via microSD card slot. It will be armed with an Octa-Core Qualcomm Snapdragon 835chipset with Adreno 540 GPU and will run on Android 7.0 (Nougat). It will come with the dimension of 152.14x 74.9×9.9mm; weighs 207g. It will have IP68 ratings, which will make it safely protected by dust and water and will also come with MIL-STD 810G standard , which will provide more durability . 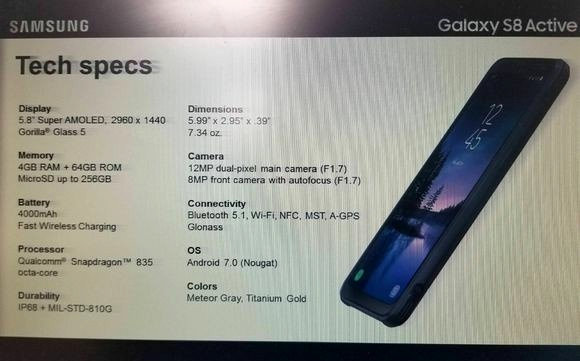