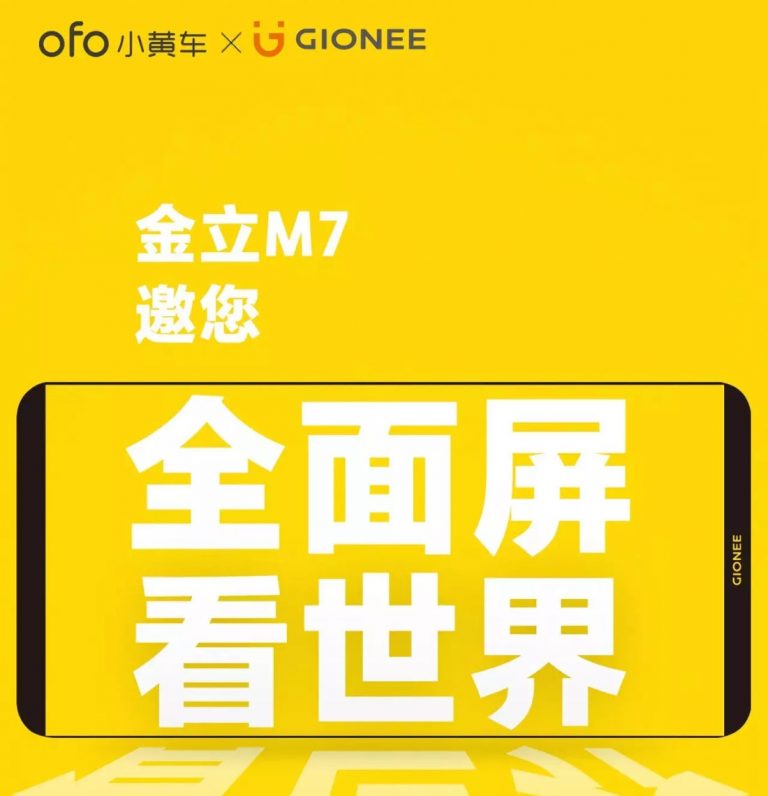 The Chinese smartphone manufacturer Gionee will announce a latest smartphone Gionee M7 in Chinese market in coming days and will increase one more member in the ‘M series’ Gionee smartphones. The smartphone Gionee M7 will be announced with the partnership of a bike-sharing startup company Ofo. It will come with full screen display with ultra narrow bezels. 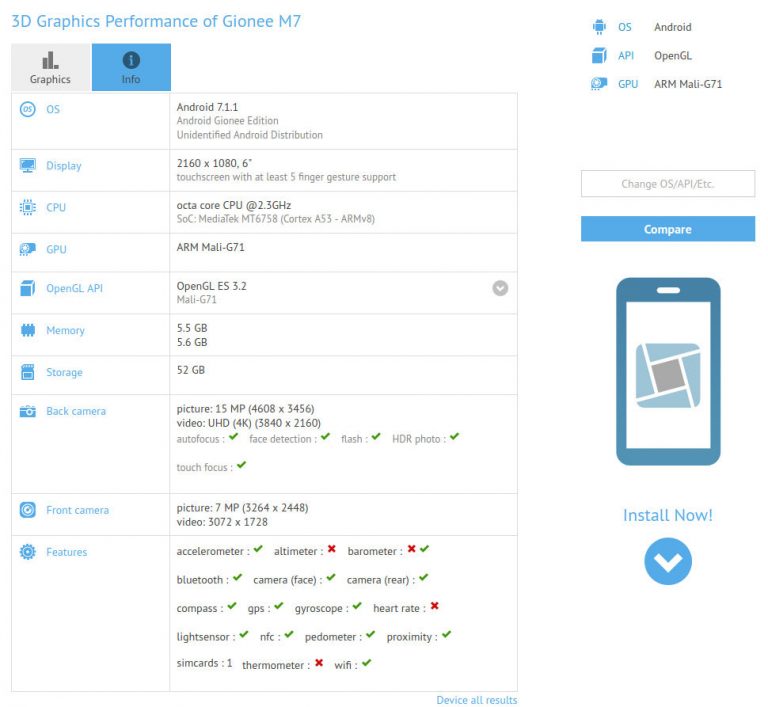 The leaked image of the device showed two bike wheels, which further tries to explain that the upcoming smartphone will have a dual-camera setup. Since the device with the model number SW17W08, already spotted on GFXBench, which will be expected to be the Gionee M7.
The device Gionee with the model number SW17W08, already showed its presence on GFXBench mark, which is likely to be the Gionee M7.

We have no much information related to the device yet, but the latest rumor unveiled that the device Gionee M7 will sport a display of 6.0-inch, 6GB RAM, internal storage capacity of 64GB. It will be armed with MediaTek MT6757CD chipset. Its cost and availability are still covered.

The upcoming smartphone will be the successor of the Gionee M6S Plus smartphone that was announced April this year with massive battery.
The smartphone Gionee M6S Plus sports 6-inch Full HD AMOLED 2.5D curved glass display with a resolution of 1920× 1080 pixels, 6GB LPDDR3 RAM, internal storage capacity of 64GB /256GB , which can be further expanded up to 256GB via micro SD card slot.
It is armed by Octa Core Snapdragon 653 processor (Quad 1.95GHz ARM Cortex A72 + Quad 1.44GHz A53 CPUs) with Adreno 510 GPU and runs on Android 6.0 (Marshmallow) with Amigo OS 3.5. It has the dimension of 163.3 x 80.9 x 8.25mm, weighs 215g and has dual-SIM functionality.
The camera section of the device Gionee M6S Plus includes a 12MP rear camera with dual-tone LED flash, f/1.9 aperture, 1.4μm Pixel size and a front-facing camera of 8MP with f/2.0 aperture, 1.4um pixel size. It comes with an encrypted chip for the security of a user’s personal data as well as for secured calls and SMS, in the Chinese version and has EAL4 + security certification offering two-level fingerprint encryption.
Connectivity wise options , it includes 4G VoLTE, Wi-Fi 802.11 ac (2.4GHz + 5GHz), Bluetooth 4.0, GPS, USB OTG and is backed by 6020mAh battery with fast charging.