A couple of days ago, the upcoming smartphone  Oppo R11s spotted at AnTuTu with 20MP dual rear camera. Now the press renders of the device revealed its design from all sides showing a microUSB port. Also the Chinese smartphone manufacturer already confirmed that the unannounced smartphone Oppo R11s will be arrived in China on 2nd November. 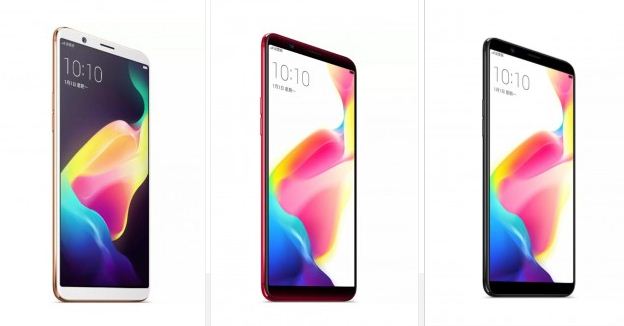 As per the latest leaked information, the upcoming smartphone Oppo R11s will have unibody metal design and it will sport a 6-inch FULL HD Plus display with the resolution of 2160×1080 pixels, 4GB RAM, internal storage capacity of 64GB, which can be further expanded via microSD card slot. It will be armed with Octa Core Snapdragon 660 14nm processor (Quad 2.2GHz Kryo 260 + Quad 1.8GHz Kryo 260 CPUs) with Adreno 512 GPU and runs on Android 7.1.1 (Nougat) with ColorOS. It will have Hybrid Dual SIM (nano + nano/microSD) functionality and a fingerprint sensor on its back.

The camera section of the device Oppo R11s will feature a rear camera of 16MP with dual-tone LED Flash, secondary 20MP camera and a front-facing camera of 20MP.
Connectivity wise options, it will feature 4G VoLTE, WiFi 802.11 ac (2.4GHz + 5GHz), Bluetooth 4.2, GPS + GLONASS .It will be backed up by a 3205mAh battery with VOOC Flash Charging.

The smartphone company Oppo will make it available in Black, Gold and Red colors, while its rear and all the sides will have bright and the front will come in black color.

We will get the confirmed information on its announcement.