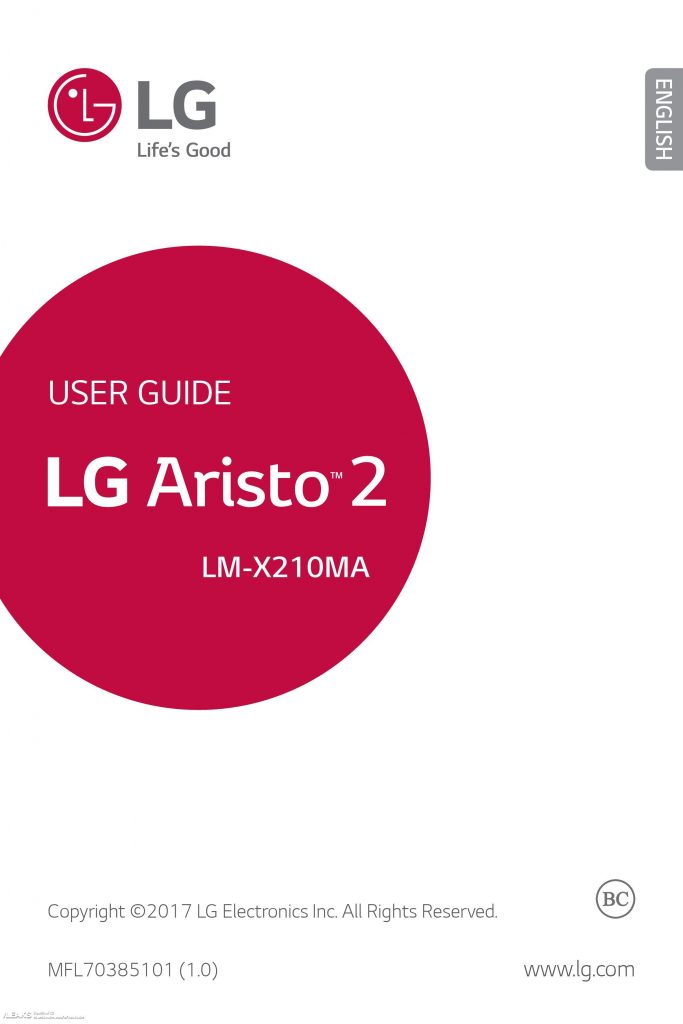 Recently, the specifications of the upcoming device LG Aristo 2 with model number X210MA were leaked via slashleaks. Now the user manual of the smartphone revealed and confirms its early announcement.
According to the latest rumor, the upcoming smartphone LG Aristo 2 will sport 5.0 inch HD (1280×720) display, 2GB of RAM and internal storage capacity of 16GB. It will be armed with 1.4GHz quad-core Qualcomm Snapdragon 425 processor and runs on Android Nougat 7.1.2 OS. It will be backed by a 2,410mAh removable battery. The date of its announcement hasn’t declared by the company yet.

Its predecessor LG Aristo Smartphone was launched in January 2017, and it sports a 5-inch HD IPS LCD Capacitive touchscreen display with a resolution of 720 x 1280 pixels at a pixel density of 294 pixels per iinch,1.5GB RAM, internal storage capacity of 16GB, which can be further expanded to 32 GB via a microSD card. It has single/Dual-SIM functionality.
It is armed with a 1.4 GHz Quad core Qualcomm Snapdragon 425 processor and runs runs on Android 7.0 OS.
Connectivity wise, it features GPS, HotSpot, Wifi and Bluetooth.
The camera section of the device LG Aristo includes a rear camera of is a 13 MP with Auto Focus, Face Detection, HDR, Panorama Mode, Geo-tagging, Touch Focus, Digital Zoom, Video Recording and a front-facing camera of 5MP.