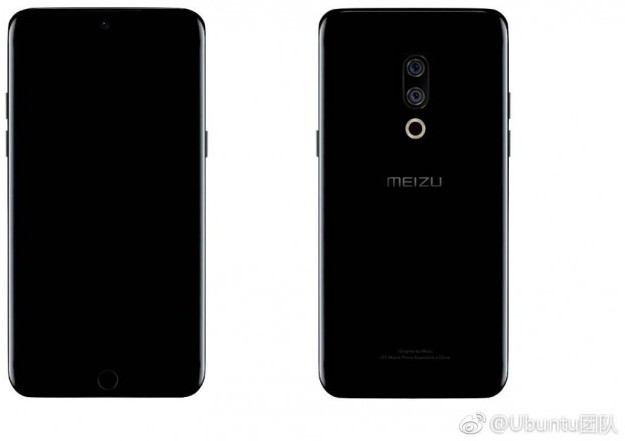 A number of rumors and reports about the upcoming smartphone Meizu 15 Plus have already made the rounds of the web. Now its smaller version Meizu 15 spotted in renders and the renders revealed that it will come with vertical dual-camera setup on its rear and also the camera accompanied by  phase detection, laser autofocus and a 10-LED flash, as seen in Meizu’s existing model Meizu Pro 6 Plus.
The front section of the device Meizu 15 revealed a curved display on its both edges and a circular fingerprint scanner in the bottom bezel and also there is expectation that the company may implement the mBack button as used in the predecessor Meizu M6s. The feature called “Super mBack” which can help with navigation on the device via simple gestures like swiping left, swiping right etc. and known as a “virtual home button”, in Meizu’s word.

According to the latest rumor, the big brother Meizu 15 Plus will come with bezel less on three sides of its screen along with curved corners on the top. It will feature dual-camera setup on its rear chassis along with a LED flash placed just below it. Also the fingerprint sensor will be placed at the front either below its mBack button or under-the-screen.
There is expectation that both the siblings Meizu 15 and the Meizu 15 Plus are likely to be announced at Meizu’s 15th anniversary which will be held next month.

The Chinese smartphone company hasn’t declared the cost of both the devices but it is expected that the Meizu 15 will cost CNY2, 999/$450, while its higher version Meizu 15 Plus will be available at CNY3, 499/$530.