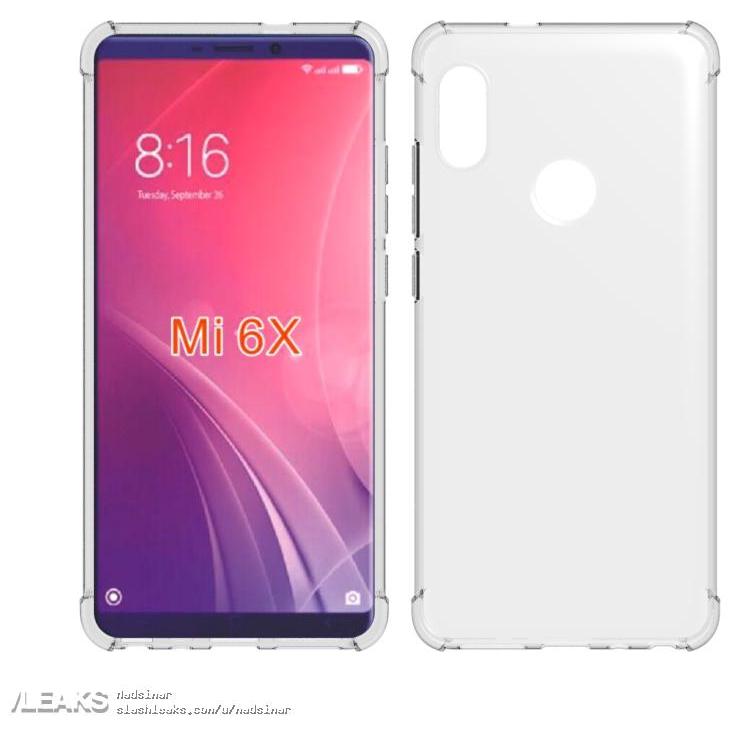 These days a number of rumors and reports about the upcoming smartphone Xiaomi Mi 6X have already made the rounds of the web. Recently, the Xiaomi Mi 6X render revealed the rear panel and showed the dual rear cameras arranged vertically and positioned on the left, which is totally different from the horizontal placement of the cameras in its predecessor Xiaomi Mi 5X, that was announced in China in July last year.

Now the latest render of the TPU soft case cover of the device revealed its anti-scratch and shockproof feature along with its rear and front design.
The leaked render hasn’t leaked a single specification of the device, but after seeing the leaked image we expect that it will have a metallic body with 5.7-5.9-inch FHD+ display, aspect ratio of 18:9. A rear-mounted fingerprint scanner is likely to be placed on its back panel. Also the device is likely to come with an external speaker grill, a USB-C port and a 3.5mm audio jack on it bottom. The IR blaster will be placed on the top edge of the phone. The volume and the Power buttons may be arranged on its right side.

The exact date of its announcement is still not declared by the company yet, but it is expected that it will be announced in mid-2018.

Its predecessor Xiaomi Mi 5X has a unibody metal design with rounded edges. It comes with anti-fingerprint coating which makes it a smooth with a thickness of 7.3mm.
Xiaomi Mi 5X sports a 5.5-inch  Full HD 2.5D curved glass LTPS display with the resolution of 1920 x 1080 pixels, 4GB RAM, internal storage capacity of 64GB (eMMC 5.0), which can be expandable up to 128GB via microSD card slot.