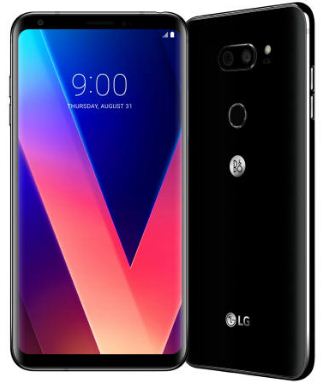 A latest rumor hit the web via ET News that the smartphone manufacturer LG is likely to announce its latest device LG V30s at MWC, 2018 event which will be held at Barcelona from 26th February to 1st March.
According to the latest information the smartphone LG V30s come with the storage capacity of 256GB and also it will feature Artificial Intelligence (AI) which helps smartphone’s camera interface to detect the subject in the camera frame (landscape, food, fireworks etc.) and accordingly adjust the settings for the best possible image. AI can also identify facial features and automatically enhance them for a superior portrait. With onboard AI, the device will have the capability to translate different languages in real-time without the need of an Internet connection.

It will also come with LG lens which is a vision-based assistant which can translate text just like Quick Translator and also give the location-based information and can recognize he barcode and QR code related to as well as give you location-based info. It also does barcode and QR code recognition.The LG V30s will be the upgradation to the LG V30 that was announced in September last year.

Also the predecessor LG V30+ with 4GB RAM and dual rear cameras was launched in India on December last year.

The cost of the device is still not confirmed by the company but it is expected that the Korean users will get the device LG V30s at 1 million won ($920/€750).