Sony Xperia XZ2 image and specs leaked ahead of announcement 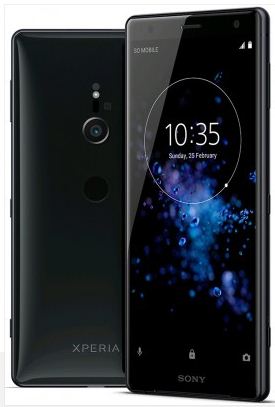 The specifications and the renders of the upcoming smartphone Sony Xperia XZ2 were leaked in December last year and the renders of the device Sony Xperia XZ2 was revealed that it will come with bezel-less design. Now once again the image and the specifications of the device leaked ahead of its announcement, which will be held at MWC event on 26th February, 2018.
The leaked image of the device revealed the front and its rear section. The smartphone Sony Xperia XZ2 will sport a display of 5.7-inch with the resolution more than 1080pixels. It will be powered by Snapdragon 845chipset and also will be the first from Sony to get 18:9 aspect ratios.

It will feature the camera with f/1.8 aperture; the super slow-motion video recording (at 960fps) will be upgraded to 1080p resolution (from 720p). The fingerprint reader will be placed on its back but there will be no 3.5mm audio jack. It will be backed up by 3,180mAh battery.

According to the latest rumor, the device Sony Xperia XZ2 will come with the dimension of 148 x 73.4 x 7.4mm and weigh 156 grams. It will have IP68/65 rating. The device will come with a 5.48-inch display with full HD resolution of 1920 x 1080 pixels. It will have dual-SIM functionality ad will run on Android 8.1 Oreo.
It will include a rear dual camera setup of 12MP and a front-facing camera of 15MP. It will be powered by a 3,130mAh battery which will support Quick Charge.

The predecessor Sony Xperia XZ1 was launched in September, 2017 and it sports 5.2-inch (1920 x 1080 pixels) HDR TRILUMINOS Display with X-Reality and Corning Gorilla Glass 5 protection. It has 4GB RAM, internal storage capacity of 64GB, which can be expanded up to 256GB via microSD card.
It is armed with Octa-Core Snapdragon 835 Mobile Processor with Adreno 540 GPU and runs on Android 8.0 (Oreo). It has Water Resistant (IP65/IP68) body and has dual-SIM functionality. The device comes with the dimension of 156 x 77 x 7.9 mm and weighs 155g.