Now Meizu E3 will be announced on 21st March 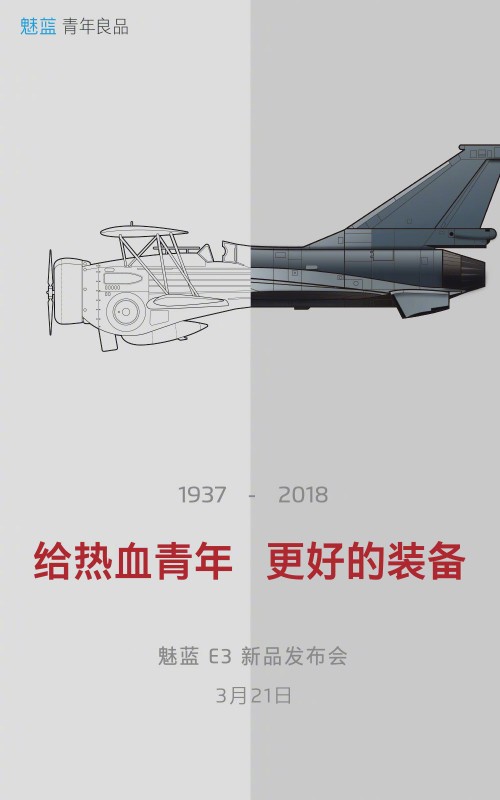 Last month, the live images of the upcoming smartphone Meizu E3 revealed that it will come with a side-mounted fingerprint scanner and also showed rear dual camera in a vertical position. Now the smartphone company failed to announce the device on 6th March due to some reason and now chose the new date 21st March for its announcement. Since, the device already showed its presence on TENAA with leaked specifications. The device is likely to come with two versions.

According to the latest rumor via the leaked render , the device Meizu E3 will sport a display of 5.99-inch FullHD+ display, aspect ratio of 18:9, 3GB or 4GB RAM, internal storage capacity of 32GB or 128GB, which can be further expanded up to 128GB via microSD card slot. It will have the dimension of 156.8 × 75 × 7.6mm and weighs 163g. It will be powered by Helio P70 processor of 1.8GHz. The leaked renders revealed side-mounted fingerprint reader.
The camera section of the device Meizu E3 will include dual rear camera of 12MP+20MP secondary with a single LED flash and a front-facing camera of 8MP. It will be powered by 3,300 mAh battery.

The users will have the option to get the device Meizu E3 in Champagne Gold, Obsidian Black and Dark blue colors. The cost of the device is still unconfirmed, but it is expected that it will be available at CNY2, 000 ($320 or €257).

It’s predecessor Meizu E2 features 5.5-inch LCD display with the resolution of 1920 x 1080 pixels. It is armed by 2.3GHz GHz MediaTek Helio P20 Octa-Core 64-bit 16nm processor with ARM Mali T880 GPU and runs on Flyme 6.0 based on YunOS. It has Hybrid Dual SIM functionality. It comes with the dimension of 153.7 x 75.7 x 7.5mm and weighs 155g.
The smartphone Meizu E2 comes in two versions , one with 3GB LPDDR4X RAM and 32GB internal storage while the other with  4GB LPDDR4X RAM with 64GB internal storage, which can be further expanded up to 128GB via microSD card slot.
It has mTouch fingerprint sensor embedded into the home button that can unlock the phone in just 0.2 seconds and can also be used for secure payments.