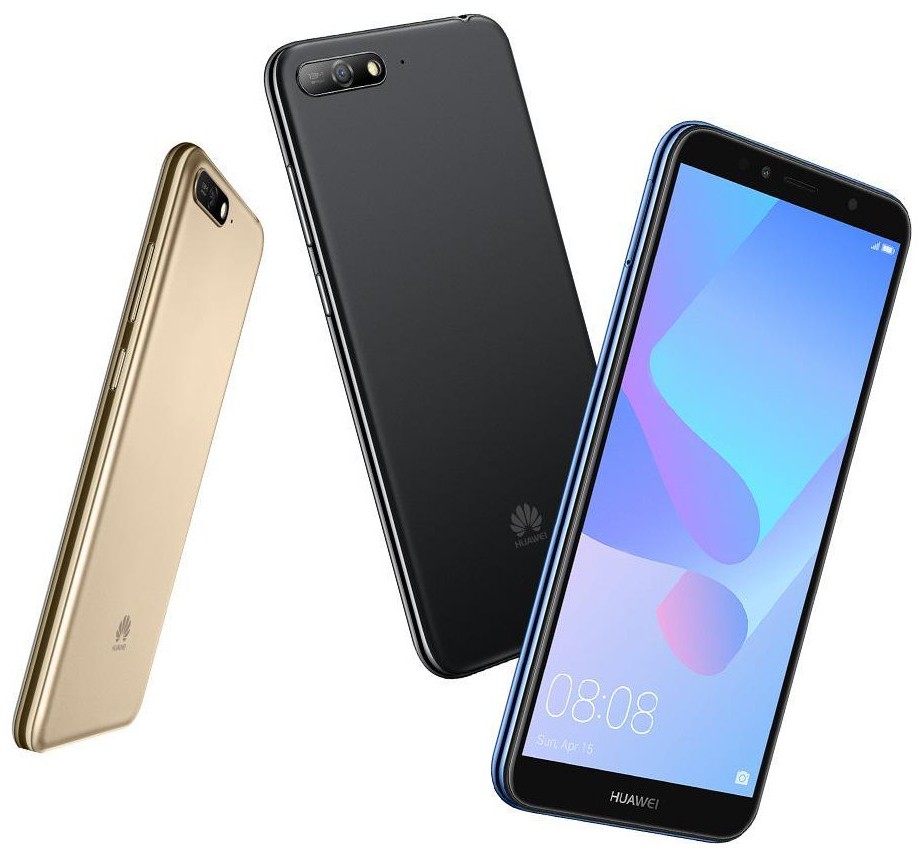 The camera section of the device Huawei Y6 (2018) includes a rear camera of 13MP with LED flash and a front-facing camera of 5MP with LED flash.
Connectivity wise, it features 4G VoLTE, Wi-Fi 802.11 b/g/n, Bluetooth 4.2, GPS + GLONASS and supports 3.5mm audio jack, FM Radio. It is backed up by 3000mAh battery. It offers face unlock feature at affordable cost instead of fingerprint sensor.

The cost and the date of its availability  is still unconfirmed ,but the users have the option to get the device in Blue, Black and Golden colors.

It has a rear camera of 13MP and a front-facing camera of 5MP.
Connectivity wise, it features Wi-Fi, GPS, Bluetooth, 3G and 4G including Proximity sensor, Accelerometer and Ambient light sensor. It is powered by a 3000mAh non removable battery.