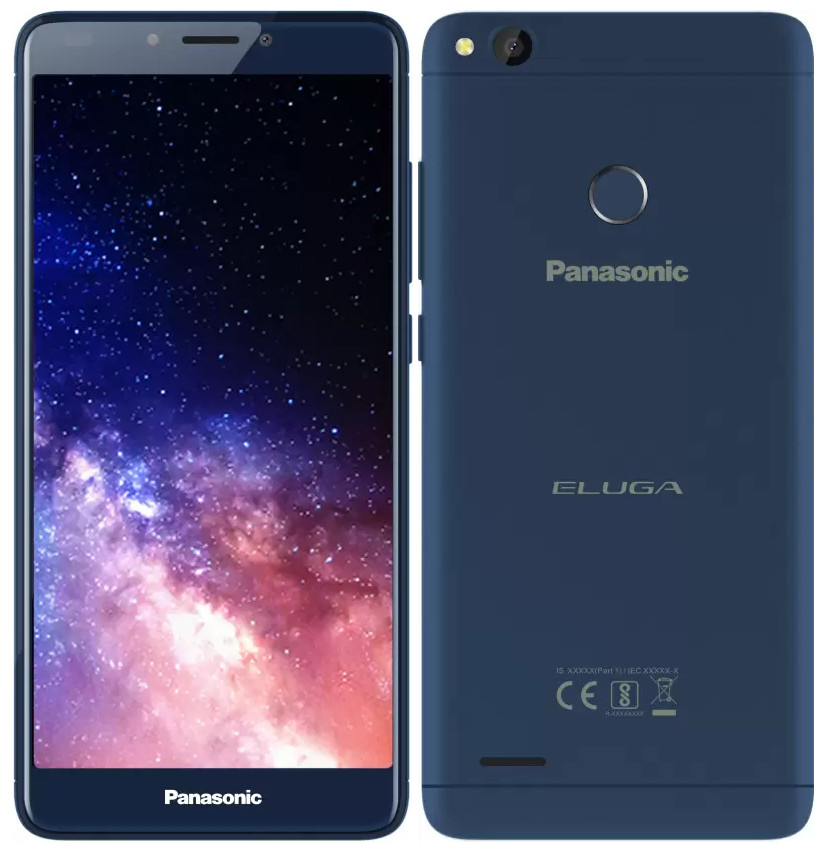 The smartphone Panasonic Eluga I7 sports 5.45-inch HD+ 18:9 2.5D curved glass display with the resolution of 1440 × 720 pixels . It has 2GB RAM, internal storage capacity of 16GB , which can be further expanded up to 128GB with microSD card slot. It has dual-SIM functionality, dimension of 148.8×70.9×9.25mm; and weighs 168g. It has a fingerprint sensor on its back. It also features Trusted Face recognition and Trusted Voice that lets the user unlock their device with just a simple glance at their phones or by simply speaking into the phone.
It is armed with 1.3GHz Quad-Core MediaTek MT6737H 64-bit processor with with Mali-T720 GPU and runs on Android 7.0 (Nougat).
The camera section of the device Panasonic Eluga I7 includes both rear camera and a front-facing camera of 8MP with LED flash.

Connectivity wise, it features 4G VoLTE, Wi-Fi 802.11 b/g/n, Bluetooth 4.1, GPS + GLONASS and it is backed up by a massive 4000mAh battery.
The users can get the device  Panasonic Eluga I7  in Blue, Black and Gold colors via Flipkart .