Xiaomi Black Shark hands- on video reveals ahead of announcement 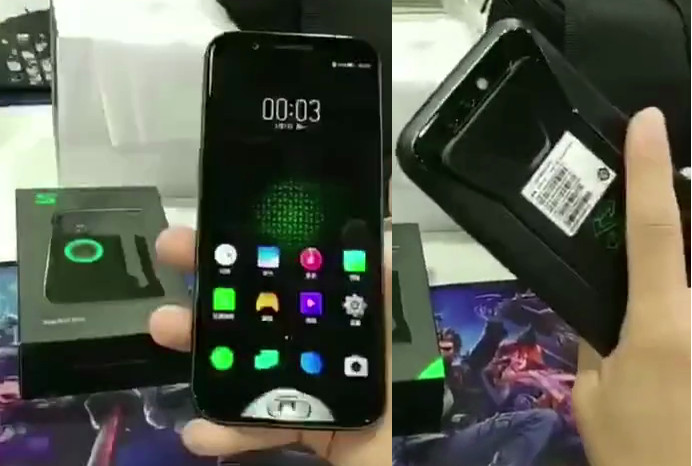 Recently, the image of the upcoming gaming smartphone Xiaomi Black Shark in rugged design surfaced on the Weibo account and revealed its rear section. Now the device is just one-inch away from its  announcement that is on 13th April. Hence, ahead of its announcement,  the hands on video of the device Xiaomi Black Shark hit the web and revealed its front and rear showing the design along with fingerprint sensor on the front, dual rear cameras and green logo on its back. 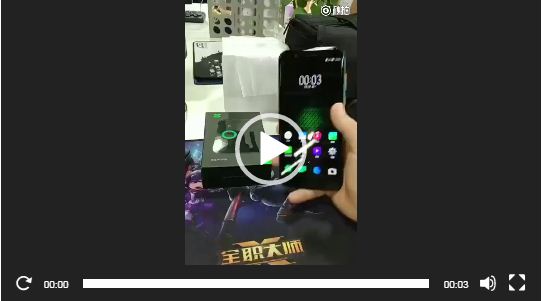 According to the latest rumor, the device Xiaomi Black Shark will sport a full-HD+ (1080×2160 pixels) display with an 18:9 aspect ratio, 8GB RAM, internal storage capacity of 32GB. It will be powered by  Snapdragon 845chipset and will run on Android 8.0 Oreo.

There  is expectation that it will come with  under-display fingerprint sensor and dual rear camera setup with LED flash . It is also  likely to have a massive 4000mAh battery and the device will have IP68 ratings which will make it water and dust and dust resistance .
We have to wait only few hours to get more detailed specifications of the device Xiaomi Black Shark.