Xiaomi Mi 7 likely to arrive on 23rd May, poster reveals 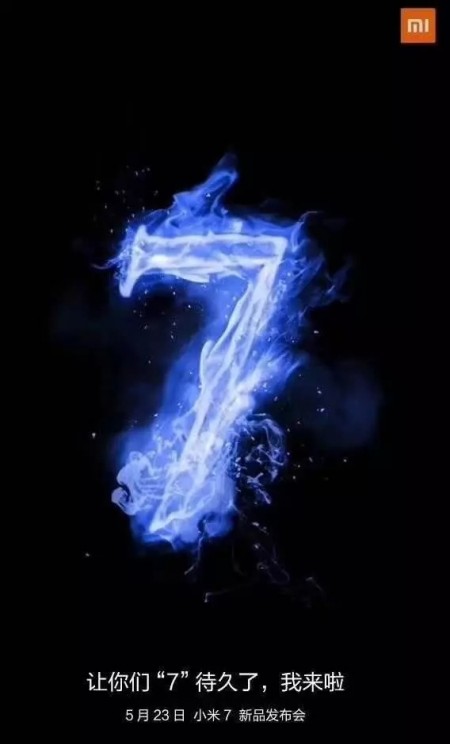 A couple of months ago, the leaked screenshot of the upcoming smartphone Xiaomi Mi 7 was revealed that it will be announced in April this year, but the month slipped and now a latest leaked poster surfaced on the web and suggests that the device Xiaomi Mi 7 is likely to arrive  on 23rd May, but the one thing we should remember that there is still not any proof of a official teaser. So, don’t take it as granted.

As per the latest rumor, the upcoming smartphone Xiaomi Mi 7 with metal back sport a 5.6-inch Full HD display with 18:9 aspect ratios, 8GB RAM, and internal storage capacity of 128GB. It will be powered by Snapdragon 845 chipset.
It will feature a vertically aligned dual camera setup (16MP+ 16MP). The device will have a fingerprint sensor and wireless charging feature. It will be backed up by a 4,480 mAh battery. There is also expectation that it will have an Apple iPhone X-like notch. Also there is confirmation that it will come with in-display fingerprint reader.