Xiaomi Redmi Y2 spotted at Geekbench with 3GB RAM, Android 8.1 ahead of launching in India 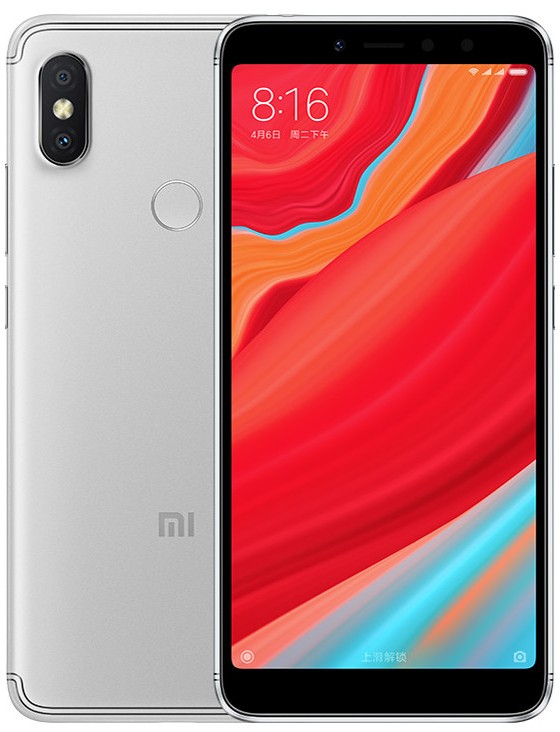 A latest smartphone Xiaomi Redmi Y2 spotted on Geekbench which hints its arrival in Indian market on 7th June. Since, it is the rebrand of the Xiaomi Redmi S2 that was announced in China on 10th of this month . It is the the Xiaomi’s latest selfie-focused smartphone in the Redmi series. It has scored 843 at single-core and 4196 at multi-core.

The name of the device is still not confirmed by the company, but it showed it presence on benchmark as Xiaomi Redmi Y2 , which will be the successor of the Xiaomi Redmi Y1,that was announced in November, 2017. 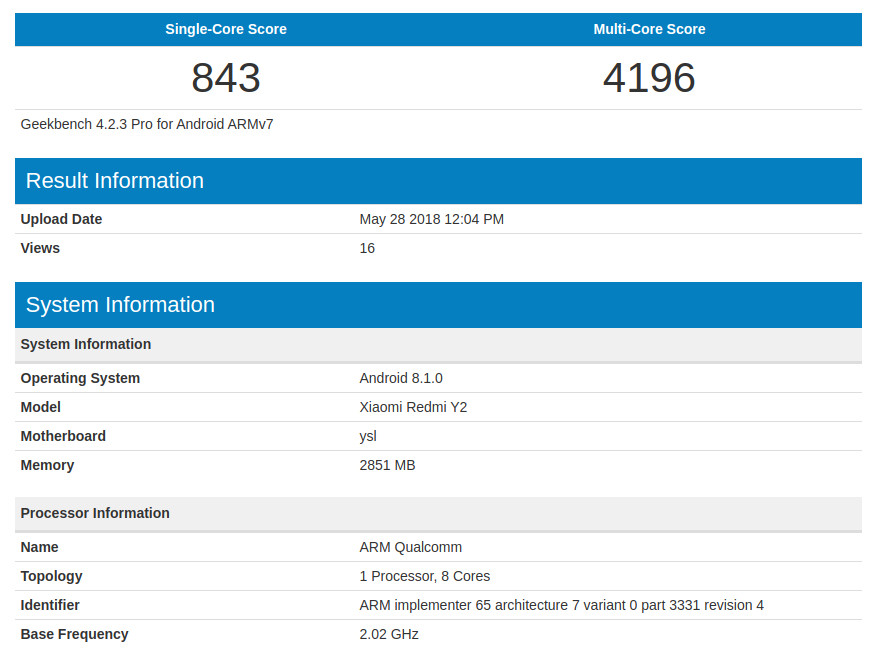 The camera section of the device Xiaomi Redmi Y2 includes dual rear camera of 12MP with LED Flash, 1.25μm pixel size, PDAF, f/2.2 aperture, secondary 5MP camera and a front-facing camera of 16MP with LED flash. It has a Fingerprint sensor and Infrared sensor.
Connectivity wise, it features 4G VoLTE, Wi-Fi 802.11 a/b/g/n, Bluetooth 4.2, GPS + GLONASS and it is backed up by 3080mAh battery.

The cost of the device for the Indian market is still unknown . The users will get the device Xiaomi Redmi Y2 in  in Rose gold, Champagne Gold and Platinum Silver colors .