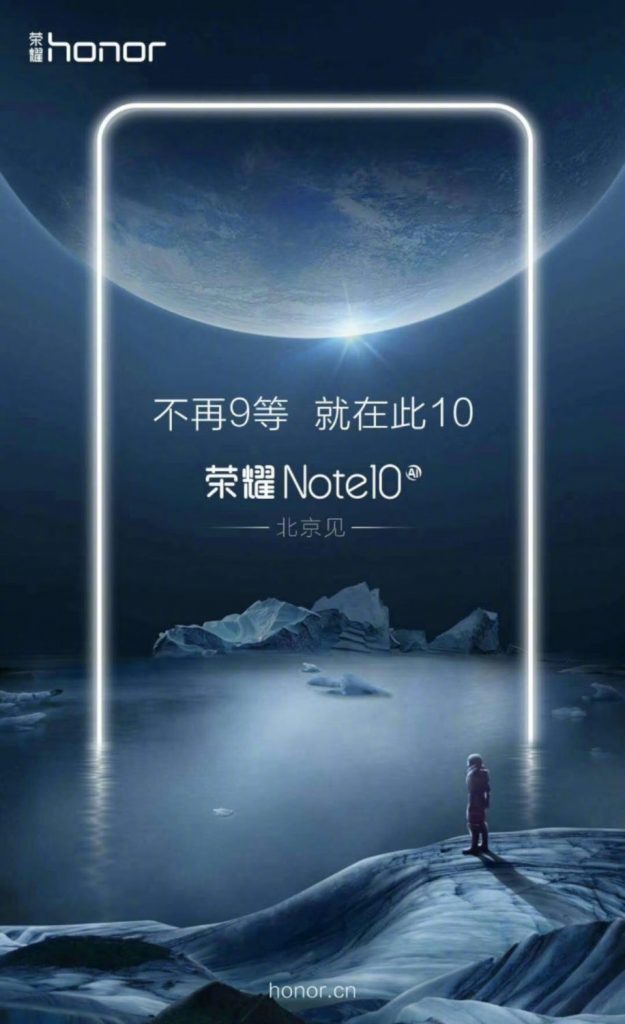 As per the latest rumor, the upcoming Huawei Honor Note 10 will sport a 6.9-inch QHD+ screen with minimal bezels. It will be powered by Kirin 970 SoC chipset or powered by Kirin 975 SoC  chipset. It will feature the latest GPU Turbo which will increase the graphics processing efficiency. The report also suggests that it will be backed up by a massive  6000mAh battery, which could be the biggest in the Honor series. It will come with dual rear cameras with AI features.
Except these, we have no much information related to it .

It’s predecessor  high-end phablet Huawei honor Note 8 sports a QuadHD AMOLED display of 6.6” with the resolution of 1,440 x 2,560pixels, a pixel density of 443ppi, 4GB LPDDR4 RAM. It has the internal storage capacity of 32/64/128GB. It comes with the dimension of 178.8 x 90.9 x 7.18mm and weighs 219g.
It is powered by Kirin 955 chipset with an Octa-core 4xCortex-A72 and 4xCortex-A53 processor with a Mali-T880 MP4 GPU and runs on Android 6.0 Marshmallow. It features a fingerprint sensor and dual-SIM support, along with chip-level security.
The device includes a rear camera of 13MP with a large F2.0 aperture, an RGBW sensor, optical image stabilization and a front-facing camera of 8MP.
Connectivity wise, the device features dual-band Wi-Fi a/b/g/n/ac, GPS/GLONASS/Beidou and Bluetooth v4.2, but there’s no NFC support or MHL for wired video output. It is powered by 4,500mAh battery with fast charging.