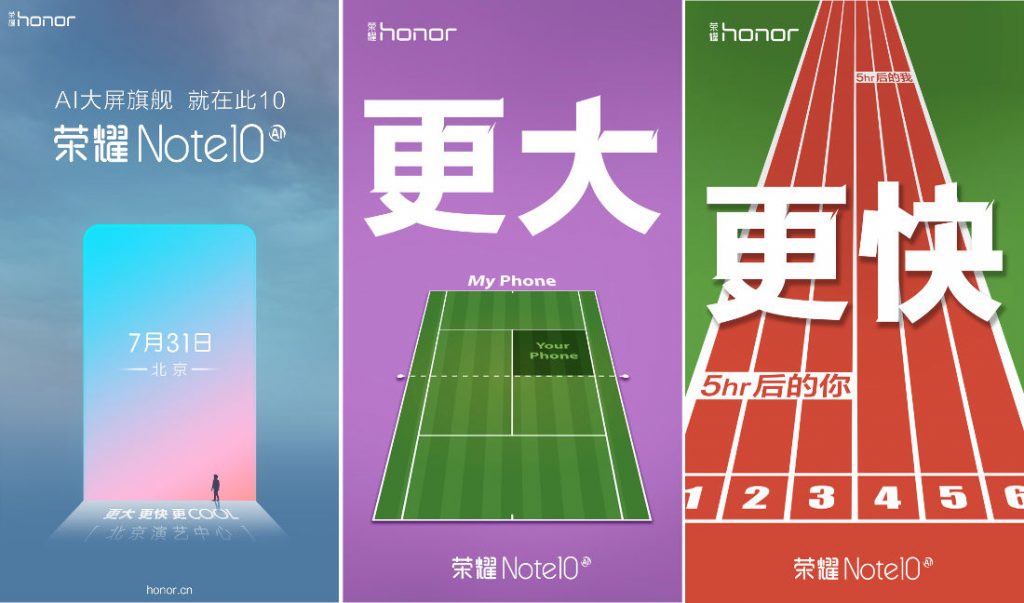 Earlier of this month, the upcoming smartphone Huawei Honor Note 10 was spotted on Geekbench and now the Huawei’s sub-brand Honor sent out the press invites for its announcement on 31st July. Since, the leaked teaser has already revealed its arrival last of this month.
Also the company didn’t reveal a single word on the announcement of Honor Note 9 that was leaked in purported image in March last year.

The latest report suggests that the device Huawei Honor 10 will come with a large FulView display with minimal bezels, along with a massive battery.
As we know so far that the smartphone Huawei Honor 10 will sport a 6.9-inch QHD+ screen with minimal bezels. It will be powered by Kirin 970 SoC chipset or powered by Kirin 710 SoC chipset, still . It will feature the latest GPU Turbo which will increase the graphics processing efficiency. It will have 6GB RAM, internal storage capacity of 128GB. It will come with dual rear cameras with AI features and will be backed up by massive 6000mAh battery.

We will get the more confirmed information on its announcement, so wait for few more days.