Nokia 6.1 Plus spotted at Geekbench ahead of global launching 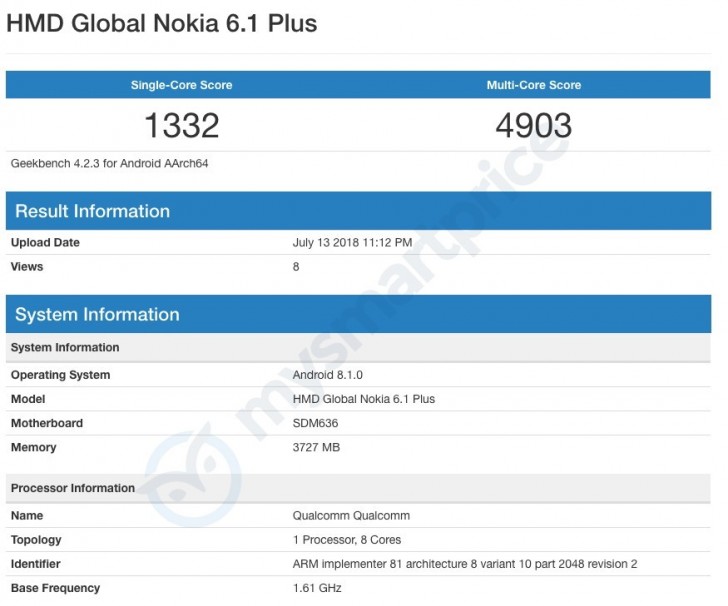 Last month , the global version of Nokia X6 with the model numbers TA-1083 and TA-1116 was certified by Bluetooth SIG certification and hints its early arrival globally . Now the re-branded version of Nokia X6 namely Nokia 6.1 Plus spotted at Geekbench ahead of its global launching , which will take place on 19th July. It will be first introduced in Hong Kong .

Also the Geekbench listing revealed that the device Nokia 6.1 Plus will come with 4GB RAM and we have also expectation that the higher version with 6GB RAM will also be launched globally, which will be confirmed on its launching.

Since , the device Nokia X6 has already been announced on May this year in China. It will have  much similarities in design except the internal software to its global version Nokia 6.1 Plus, as early expected.