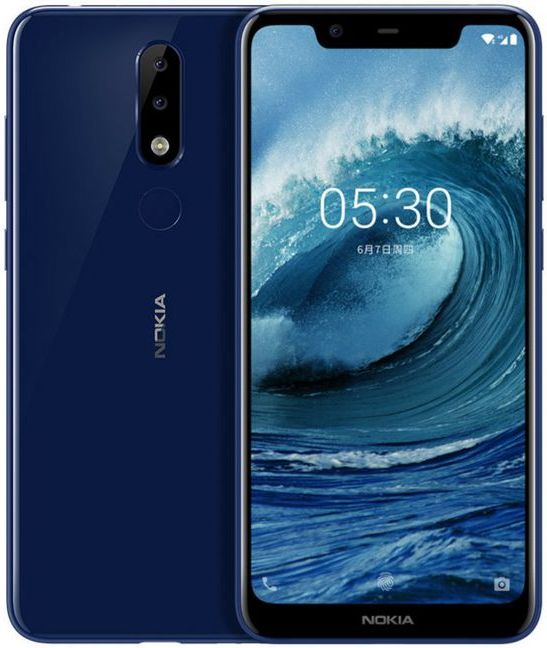 After getting the confirmation of the announcement of the upcoming smartphone Nokia X5 on 11th July and just after few hours the leaked press renders of the device Nokia X5 (a.k.a Nokia 5.1 Plus ) released on Baidu post ahead of its announcement and revealed that the device will come with a wide notched screen and dual rear camera. Since the smartphone already has received Bluetooth certification and also certified by TENAA last month.

The camera section of the device Nokia 5.1 Plus / Nokia X5 will include a rear camera of 13MP with LED Flash,PDAF, 5MP secondary rear camera and a front-facing camera of 8MP.
Connectivity wise, it will feature 4G VoLTE, WiFi 802.11 a/b/g/n, Bluetooth 4.2, GPS and Fingerprint sensor.It will support 3.5mm audio jack, FM Radio. It will be backed up by 3000mAh battery.