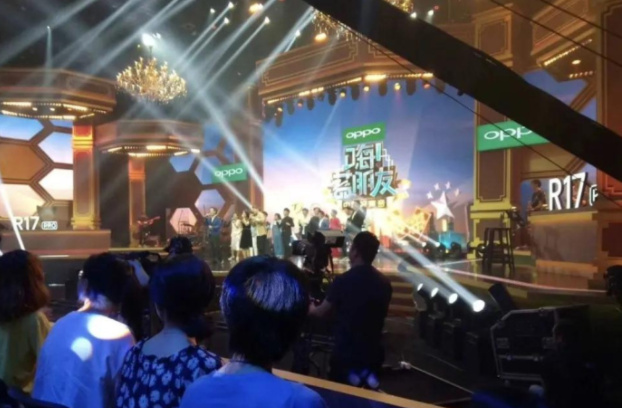 After the launching of a couple of mid-end smartphones Oppo R15 and Oppo R15 Pro in March this year , now a latest rumor revealed that the preparation for the announcement of Oppo R17 is going on in Oppo’s camp. Such information is coming through an image posted on Weibo. In the leaked image , we can clearly see the Oppo R17 banners in a media event carried by Oppo at its home town. The leaked image is captured by a Chinese leakster and it has already unveiled that the device Oppo R17 will come with 10GB RAM.

The leakster and also the Kumamoto Technology also hints the arrival of OPPO R17 by the end of this year , however such information is still not officially confirmed by the Oppo yet.
Except these, we have no much information related to its specifications.