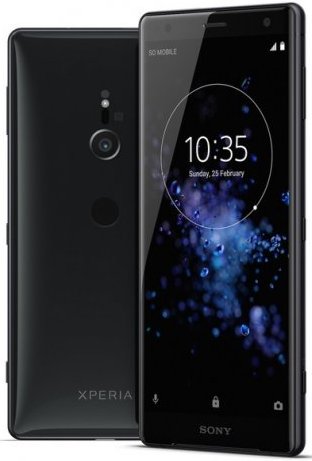 At last Sony Mobile launched its latest flagship smartphone Sony Xperia XZ2 in the Indian market at Rs. 72,990 . Since, it has already been announced in February this year at the event of MWC 2018 in Barcelona. It is the successor of the Sony Xperia XZ1 that was launched in India in September last year. The device Sony Xperia XZ2 is also believed to be the world’s first smartphone with 4K HDR Movie recording and offers ISO sensitivity 51200 for photos and ISO 12800 for video.

The smartphone Sony Xperia XZ2 with 3D glass body sports a display of 5.7-inch (2160 x 1080 pixels) 18:9 Triluminos HDR Display with Corning Gorilla Glass 5 protection. It has 6GB RAM, internal storage capacity of 64GB, which can be further expanded up to 400GB via microSD card card slot.  It has water and dust resistant body with IP65/IP68 ratings . It comes with the dimension of 153 x 72 x 11.1 mm; weighs 198g and has Hybrid Dual -SIM functionality.
It is armed with Octa-Core Qualcomm Snapdragon 845 processor with Adreno 630 GPU and runs on Android 8.0 (Oreo).

It is backed up by 3180mAh Battery with Qnovo Adaptive Charging technology, Qualcomm Quick Charge 3.0, Qi Wireless charging.
The Indian users can get the smartphone Sony Xperia XZ2 in Liquid Black color and the smartphone manufacturer Sony Mobile will make it available from 1st August .