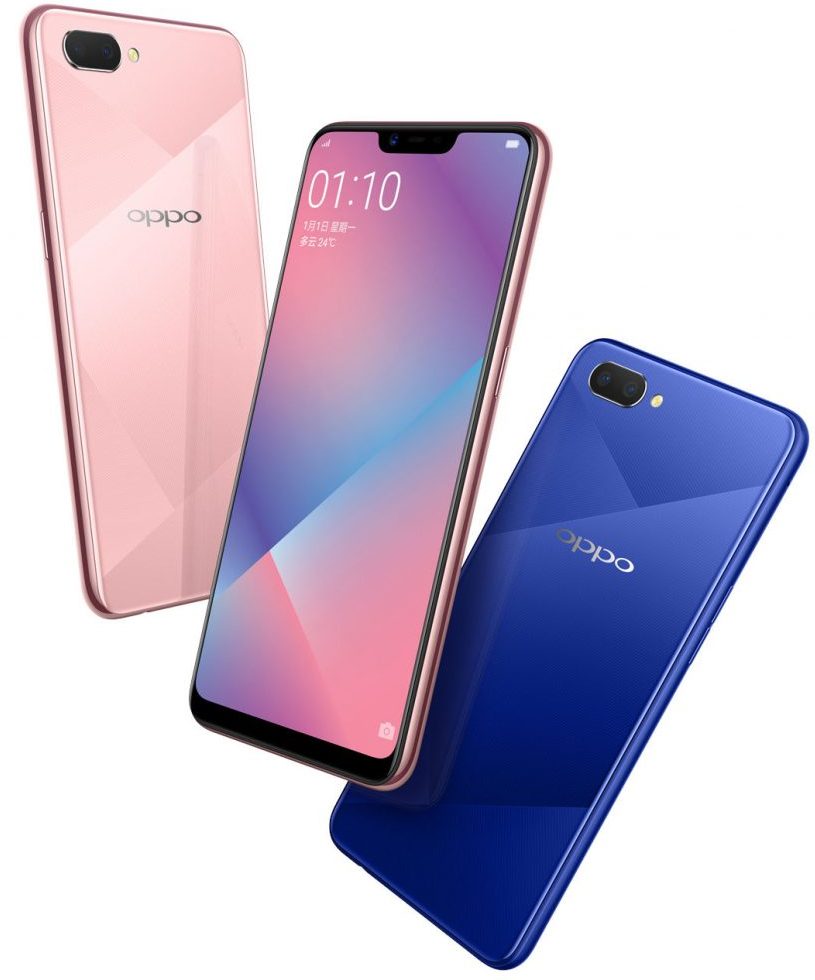 Last month, the smartphone manufacturer Oppo  launched the smartphone Oppo A3s launched in Indian market at Rs. 10990 and now the company has launched the smartphone Oppo A5 for the Indian users as revealed earlier of this month by the retailers. It is priced at Rs. 14990.
As we know the device Oppo A5 has already announced in China last month. The device Oppo A5 has similar specifications to Oppo A3s as it is the re-branded version of Oppo A5.
The smartphone Oppo A5 sports 6.2-inch (1520 x 720 pixels) 18:9 FullView 2.5D curved glass display with a notch . It has 4GB RAM, internal storage capacity of 32GB , which can be further expandable up to 256GB via microSD card slot. It has dual-SIM functionality, dimension of 156.2×75.6×8.2mm; and weighs 168g. The company has used nano-scale microcrystalline technology in the device.

It is armed with 1.8GHz Octa-Core Snapdragon 450 14nm processor with Adreno 506 GPU and runs on ColorOS 5.1 based on Android 8.1 (Oreo).
The camera section of the device Oppo A5 includes dual rear camera of 13MP with LED flash, f/2.2 aperture, secondary 2MP camera with f/2.4 aperture and a front-facing camera of 8MP , f/2.2 aperture with AI beautify features that recognizes 296 facial features. .
Connectivity wise, it features 4G VoLTE, Wi-Fi 802.11 b/g/n, Bluetooth 4.2, GPS + GLONASS, USB OTG and will be backed up by 4230mAh battery.
The users have the option to get the device Oppo A5  in Blue and Red colors and the selling of the device is going on via online and offline stores.