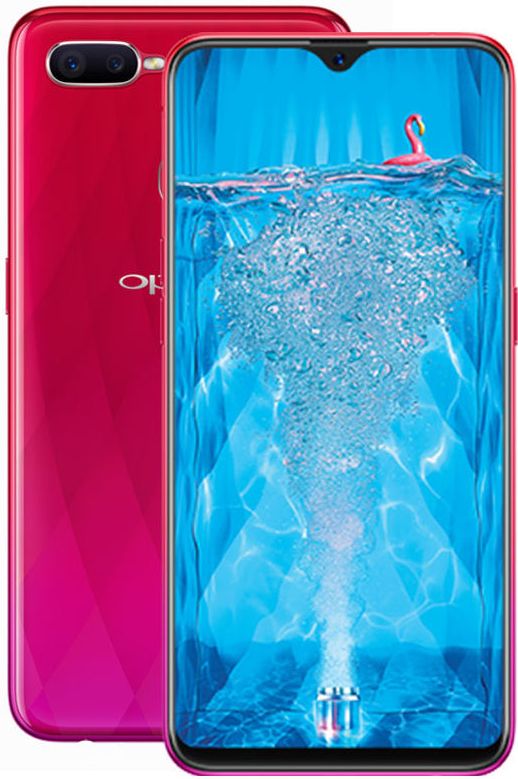 Finally, the smartphone manufacturer Oppo launched its latest mid-end smartphone OPPO F9 Pro in the Indian market at  Rs. 23990 on its fixed schedule as it had stated earlier. Since, it is the re-brand of the Oppo F9 that was announced recently.
The smartphone Oppo F9 Pro sports 6.3-inch Full HD+ display with Waterdrop Screen with the resolution of 2280 x 1080 pixels , aspect ratio of 19.5:9 . It has 6GB RAM, internal storage capacity of 64GB, which can be further expandable up to 256GB via microSD card slot. It has dual-SIM functionality , dimension of 156.7x74x7.9mm; and weighs 169g .

It is armed with Octa Core MediaTek Helio P60 12nm processor (Quad 2GHz Cortex A73 + Quad 2GHz Cortex A53 CPUs) with ARM Mali-G72 MP3 GPU and runs on ColorOS 5.2 based on Android 8.1 (Oreo). It comes with a fingerprint sensor on its back.

The users have the option to get the device Oppo F9 Pro in various colors including Sunrise Red, Twilight Blue and Starry Purple . The pre-order of the device is going on via Flipkart, Amazon.in and offline stores . The company will make it available from 31st August .

The smartphone Oppo F9 Pro also come with some launch offers as follows:-