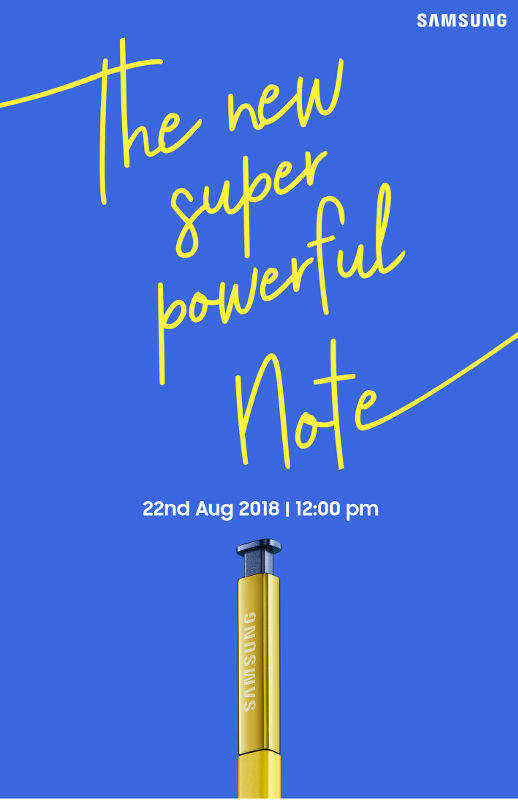 It has 6GB LPDDR4x RAM with 128GB storage / 8GB LPDDR4x RAM with 512GB storage (UFS 2.1), which cab be further expandable up to 512GB via microSD card slot. The smartphone comes with IP68 ratings, which makes it water-resistant up to 1.5 meters of water for 30 minutes.
It is armed with Octa-Core Qualcomm Snapdragon 845 SoC with Adreno 630 GPU ( for US and other markets) / Octa-Core Samsung Exynos 9 Series 9810 processor with Mali G72MP18 GPU( for global markets) and runs on Android 8.1 (Oreo). It has Iris scanner and the fingerprint scanner just below the camera .

It also has Bixby assistant that comes with display and has ability to double tap to zoom or flicking to scroll through a list . It makes the users to play audio on multiple Bixby Speakers at the same time in multiple rooms, with the ability to individually control volumes for each speaker or modify the volumes at the same time.

It includes BLE Stylus Pen with the dimension of 5.7 x 4.35 x 106.37mm and weighs 3.1g and comes with Bluetooth support and lets the users to capture pictures , selfies, present slides, pause and play video, etc .

The users can get the Samsung Galaxy Note9 in Midnight Black, Metallic Copper. The 6GB RAM with 128GB storage capacity will be available at Rs. 67,900  and the 8GB RAM with 512GB storage version is priced at Rs. 84,900 and the company will make it available on 20th August. The pre-order of the device is going on at Flipkart and Amazon.in .