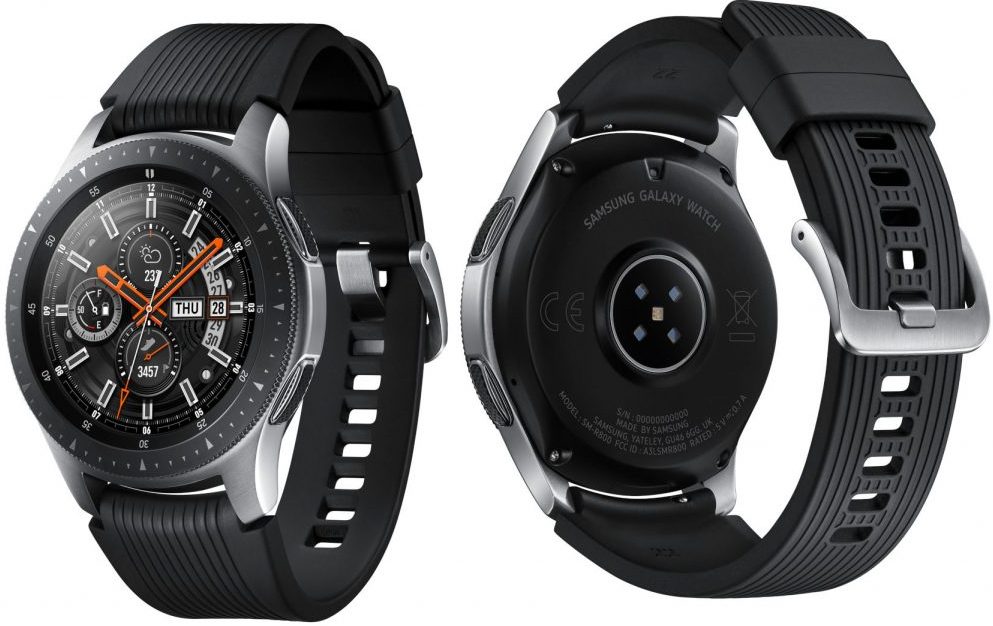 Just after the announcement  of Samsung Galaxy Note9, the tech giant Samsung announced its latest Samsung Galaxy Watch in two versions including the 46mm and 42mm models at an event at New York .

The Samsung Galaxy Watch sports 1.2-inch / 1.3-inch (360×360 pixels) Circular Super AMOLED Always On display with Corning Gorilla Glass DX+ protection. Both the models are powered by 1.15GHz Dual-Core Exynos 9110 processor and runs on Tizen Based Wearable OS 4.0 (Compatible with Android 5.0 or later and iPhone 5 and above, iOS 9.0 or above). It has  768MB RAM (Bluetooth) / 1.5GB RAM (LTE),  with internal storage capacity of 4GB . Since, due to different models, the dimension of watch varies .
Both have gained 5ATM and IP68 ratings , which makes them water resistant body and also get the certification for military-level durability,  The smartwatches features NFC and Magnetic Secure Transmission (MST) support for mobile payments using Samsung Pay, built-in speaker for activate voice messaging and music listening, and GPS.

The US users can get the Samsung Galaxy Watch 46mm version in Silver and costs $349.99 (Rs. 24,070 approx.) and the 42mm in Midnight Black and Rose Gold options is priced at  $329.99 (Rs. 22,695 approx.). The pre-order of the smartwatch models are going on and the company will make it available from 24th August, while the users have to wait for the Samsung Galaxy Watch LTE version, as it  will be available at the end of this year.