Xiaomi Pocophone F1 to launch in India on 22nd August, will be Flipkart exclusive 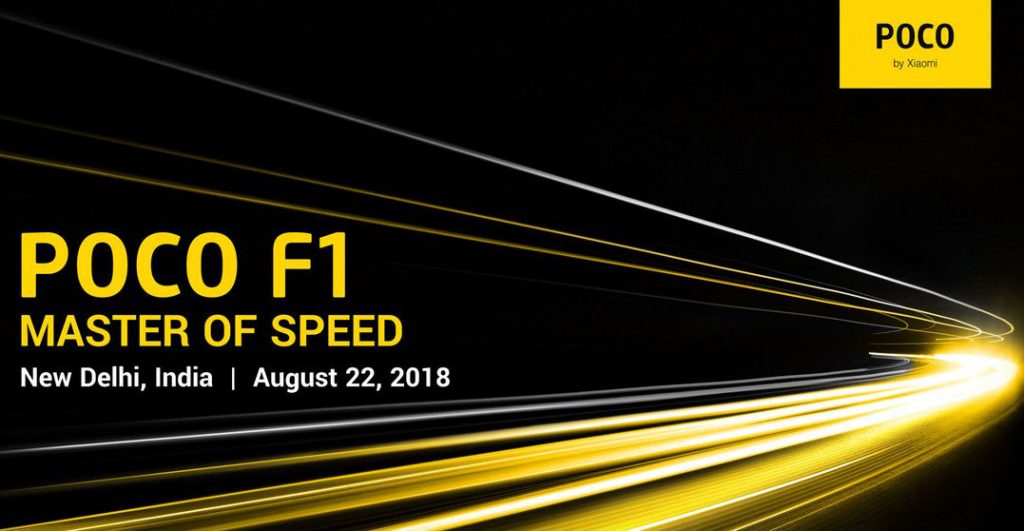 Recently, the launching of Xiaomi Pocophone F1 in the Indian market has already officially confirmed by the Managing Director of Xiaomi India. Now the smartphone manufacturer finally sent out the invites for its launching in India on 22nd August and will be Flipkart exclusive. 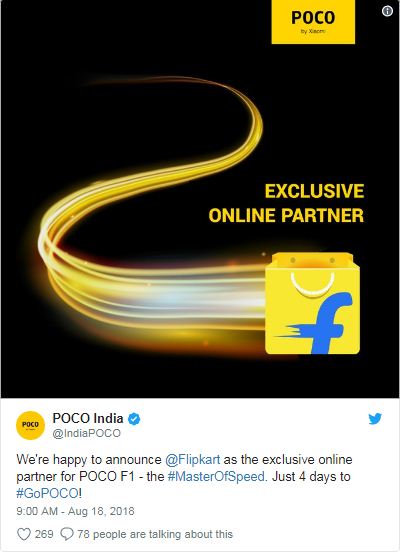 The invite come with the catchline ‘Master of Speed’, which hints that it will be speed up by Snapdragon 845 SoC chipset with support for liquid cooling. The Flipkart also teases with #AsFastAsYou and something as fast as Sindhu, which tries to indicate the Badminton player P.V. Sindhu as its brand ambassador. As we know its uboxing video has already revealed the specifications. 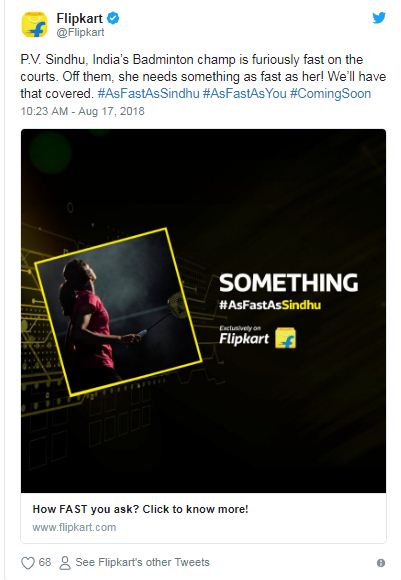 According to the latest rumor, the upcoming smartphone Xiaomi Pocophone F1 will sport 5.99-inch Full HD+ 19:9 2.5D curved glass display with the resolution of 2246 × 1080 pixels. It will come with 6GB LPDDR4x RAM, internal storage capacity of 64GB / 128GB , which can be further expandable via microSD card slot. It will have hybrid-dual SIM functionality.
It will be armed with Octa-Core Qualcomm Snapdragon 845 processor with Adreno 630 GPU and will run on Android 8.1 (Oreo) with MIUI 9.0 . 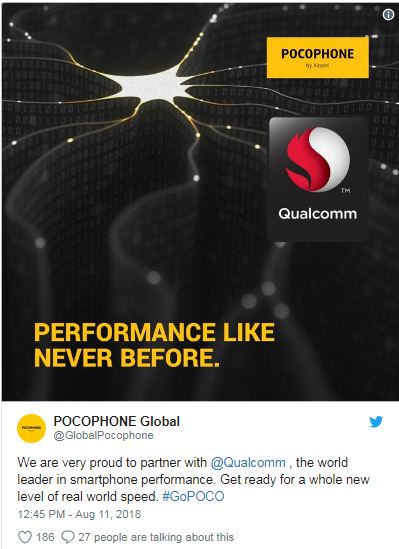 The camera section of the device Xiaomi Pocophone F1 will include dual 12MP rear camera with dual LED Flash, 1.4μm pixel size, secondary 5MP camera and a front-facing camera of 20MP with LED flash with IR face unlock . It will have fingerprint sensor on its back.

Connectivity wise, it will feature 4G VoLTE, Wi-Fi 802.11 ac (2.4GHz + 5GHz), Bluetooth 5, GPS + GLONASS, USB Type-C and will support 3.5mm audio jack. It will be powered by 4000mAh battery with Qualcomm Quick Charge 3.0 fast charging with QC 3.0 charger.
The cost of the device Xiaomi Pocophone F1 is still unknown, it will be known on its launching.