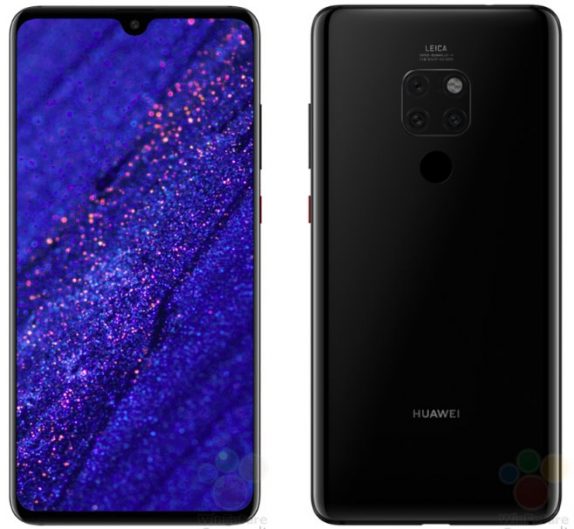 As we know the Mate 20 series packs of three smartphones including the Huawei Mate 20, Mate 20 Pro and the Mate 20 Lite. Out of these only Huawei Mate 20 Lite has announced in last month and the other two of this series are waiting for their arrival at an event in London on 16th October, as confirmed by the Huawei itself. The one important part of the leak is that Huawei Mate 20 will be armed with  Kirin 980chipset which is the  the world’s first 7nm chipset. 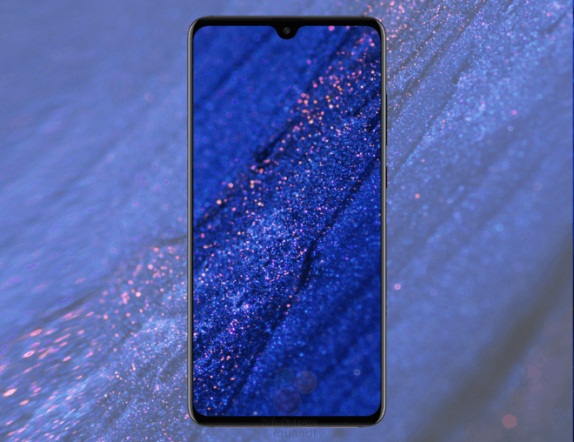 Now the press image of the Huawei Mate 20 hit the web and showed the complete body with a water drop notch. It also revealed that the upcoming smartphone will sport a 6.43-inch TFT LCD display with the resolution of  2244×1080 pixels , it will come with triple rear Leica lens cameras and a dual LED flash which can be seen at the top right corner of the square-shaped triple camera setup . It will be powered by 4000mAh battery  supported by 40-watt charger from Huawei. The leaked image shows a  fingerprint sensor just below the rear-camera set up.
There is expectation that it will have 4GB/6GB/8GB RAM, internal storage capacity of 64/128GB UFS 2.1, which can be further expanded via microSD card slot .

The cost of the device Huawei Mate 20 is still unconfirmed, but it is expected that it will be priced at €750 (US$ 863 / Rs. 63,790 approx.) and its sibling Huawei Mate 20 Pro will cost €850.
We will get the confirmed and detailed specifications on its announcement which will be held soon.