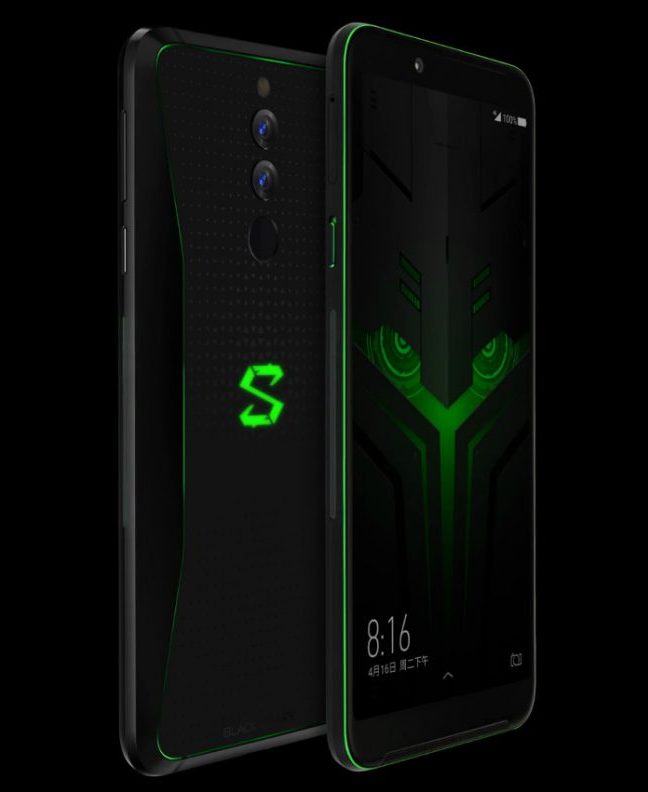 The smartphone manufacturer Xiaomi finally announced its latest Xiaomi Black Shark Helo gaming smartphone at its fixed schedule as stated recently. It is the successor of the Xiaomi Black Shark that was launched in China in April this year.
The Xiaomi Black Shark Helo  gaming smartphone with metallic back shell sports 6.01-inch Full HD+ display with the resolution of 2160 × 1080 pixels, 18:9 aspect ratio. It has 6GB / 8GB LPDDR4x RAM with 128GB (UFS 2.1) storage / 10GB LPDDR4x RAM with 256GB (UFS 2.1) internal storage capacity. it has dual-SIM functionality, dimension of 160×75.25x 8.7mm; and weighs 190g . It has a fingerprint sensor on its back.

The smartphone also comes with a  special feature which reduce the heat from the phone during playing game. It comes with Liquid Cooling system, which brings down the processor’s core temperature up to 12-degree and makes it cool without interrupting the game. These all performed by  two liquid cooling pipes which keeps the phone cool during playing gaming by reducing the processor’s core temperature.
It has ‘X-style’ unique antenna design with WIFI antenna on the side and also has RGB logo on its back, which glows during playing game on the smartphone.
It is armed with 2.8GHz Octa-Core Snapdragon 845 64-bit 10nm processor with Adreno 630 GPU and runs on Android 8.1 (Oreo) with Joy UI.

The pre-order of the device is going on and the company will make it available in Chinese market from 30th October.