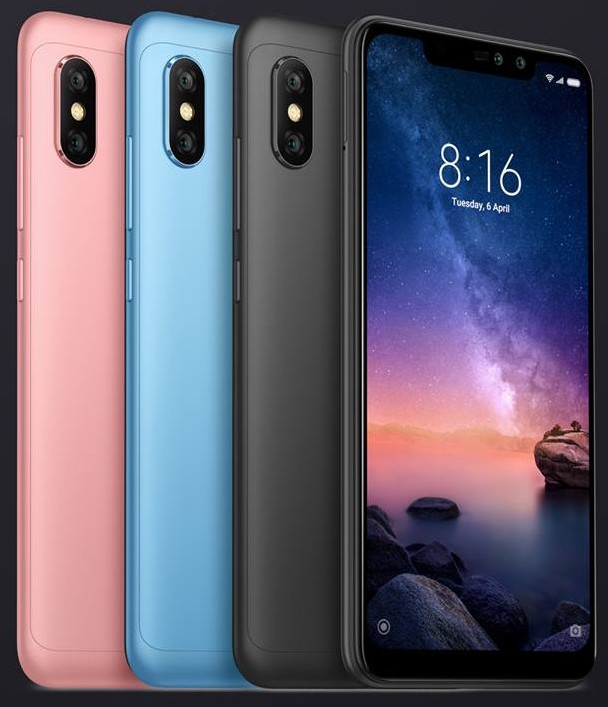 Last month, the live images of the upcoming smartphone Xiaomi Redmi Note 6 Pro and its leaked retail box was confirmed its arrival very soon in the Indian market. Now we have the latest report via a tweet that the device is likely to launch in India next month.The tweet also hints its arrival at the time of festival , so we expect that it will be launched after Diwali.
For your information, the smartphone Xiaomi Redmi Note 6 Pro has already announced in Thailand at 6,990 Thai Baht (US$ 216 / Rs. 15,660 approx.) and it is the successor of Xiaomi Redmi Note 5 Pro. 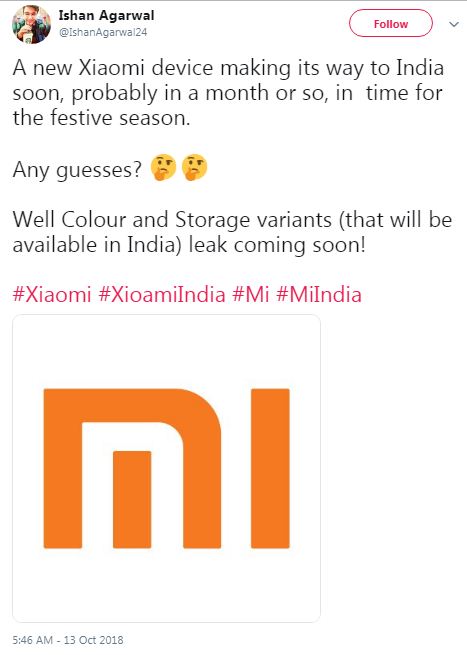 The smartphone Xiaomi Redmi Note 6 Pro sports 6.26-inch Full HD+ 2.5D curved glass display with the resolution of 2280×1080 pixels with a notch, 19:9 aspect ratio. It has 4GB LPDDR4x RAM, internal storage capacity of 64GB ,which can be further expandable up to 128GB via microSD card slot. It has Hybrid Dual SIM (nano + nano / microSD) functionality, dimension of 157.9 x 76.38 x8.2mm. it has a Fingerprint sensor, Infrared sensor and also has face unlock feature.
It is armed with 1.8GHz Octa-Core Snapdragon 636 14nm processor with Adreno 509 GPU and runs on Android 8.1 (Oreo) with MIUI.