The latest upcoming smartphone of Huawei’s sub-brand Honor 10 Lite with model numbers HRY-TL00, HRY-AL00, and HRY-AL00s. spotted on TENAA and revealed its specifications.The leaked image shows the waterdrop notch display, dual rear cameras with AI features and a fingerprint sensor on the back.

It is the successor of the Huawei Honor 9 Lite that was launched in January this year. The listing on the Vmall also revealed the device in Blue and Pink colors. The press invites already confirmed the date of its announcement on 21st November and also revealed the smartphone in the hand of the pop star Zhu Zhengtin . It has much similarity in design to Huawei Honor 8X that was announced in China in September this year. 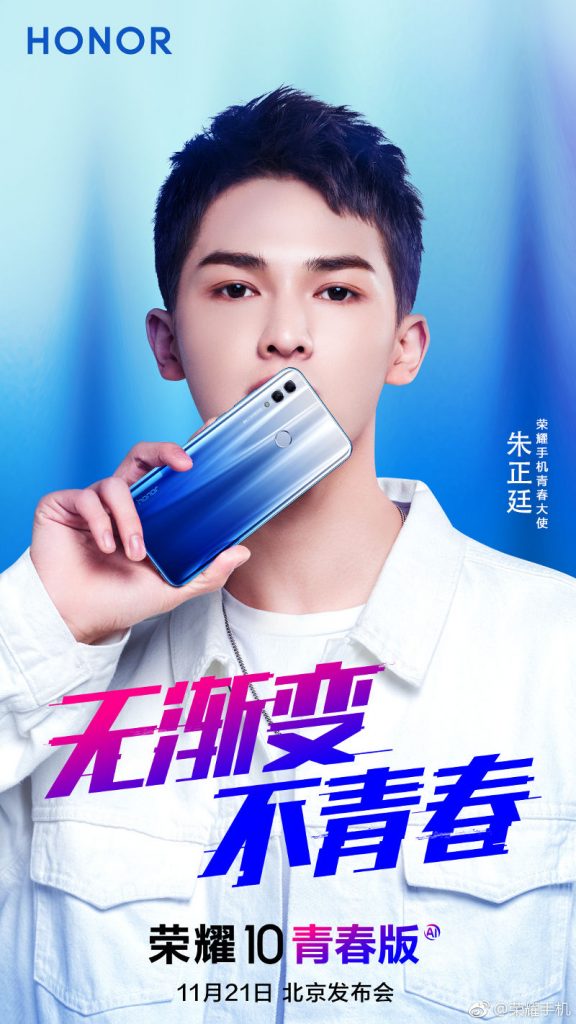