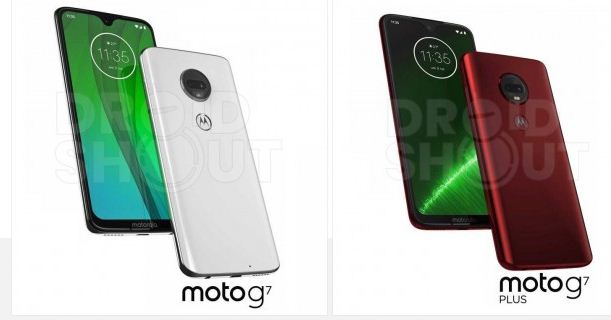 The upcoming smartphones from the Motorola’s Moto G7 series are likely to be announced soon as the press renders for the devices  Moto G7, G7 Plus, G7 Power, and G7 Play have surfaced on the web via DroidShout.com. Since ,the smartphone Motorola Moto G7 already certified by FCC agency last month. 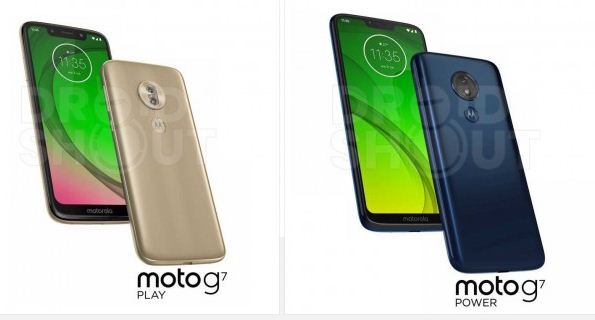 The leaked images reveal that the smartphone Moto G7 and G7 Plus will come with a tear-drop notch while the Noto G7 Play shows a full-sized notch with a front-facing camera with flash. The other model Motorola Moto G7 comes with a selfie camera. Also at the mean time, the leaked renders reveals horizontal dual rear cameras on Moto G7 and Moto G7 Plus, while on the other hand the Moto G7 Play and G7 Power will have a single rear camera along with a fingerprint sensor.
There is expectation that Moto G7 Power will be powered by a 5,000 mAh battery. The date of its announcement is still not confirmed but all the models are likely to be announced in Q1 2019 or in 2nd quarter of 2019.