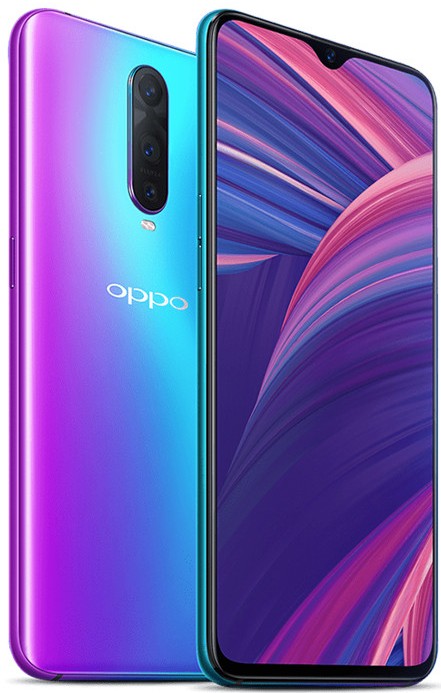 The smartphone manufacturer Oppo finally launched its latest smartphone Oppo R17 Pro in the Indian market at its fixed schedule as mentioned last month. It is priced at Rs. 45990. Since, the device has already announced in August in China.
The smartphone Oppo R17 Pro sports 6.4-inch Full HD+ AMOLED display with waterdrop notch design (resolution of 2280 x 1080 pixels) ,19:9 aspect ratio and has Corning Gorilla Glass 6 protection. It has 8GB RAM, internal storage capacity of 128GB . It has the dimension of 157.6×74.6×7.9mm; weighs 183g and has Dual – SIM functionality.
It is armed with an Octa Core Snapdragon 710 10nm processor (Dual 2.2GHz Kryo 360 + Hexa 1.7GHz Kryo 360 CPUs) with Adreno 616 GPU and runs on ColorOS 5.2 based on Android 8.1 (Oreo).

The highlight of the device Oppo R17 Pro is its triple rear camera setup which includes rear camera of 12MP with LED flash, f/1.5/2.4 variable aperture, OIS, 20MP secondary camera with f/2.6 aperture and also backed up by a Time of Flight (TOF) 3D sensing camera, which captures 3D photos magnificently and also the users can connect it to their TV to turn it into a game console.
It has a front-facing camera of 25MP with f/2.0 aperture, AI, Sony IMX576 sensor, 3D Portrait and also features an in-display fingerprint sensor that can unlock the phone very quick in 0.41 seconds.
Connectivity wise, it includes Dual 4G VoLTE, WiFi 802.11 ac (2.4GHz + 5GHz), Bluetooth 5, GPS + GLONASS, USB 3.1 Type-C, NFC . It is powered by 3700mAh (2 x 1850mAh) battery battery with (10V/5A) SuperVOOC fast charging, the same super fast charging technology used in the Oppo’s Find X Lamborghini Limited Edition, where its 3,400mAh battery fully charged in only 35 minutes. So , this technology will definitely makes the users to run the device smoothly without interruption after full charge in very short duration.
The Indian users can get the device Oppo R17 Pro in Radiant Mist and Emerald Green colors andthe pre-order of the device is going on exclusively on Amazon.in . The company will make it available to the users from 7th December.
Have a look on the Launch offers for the users as –