Samsung Galaxy A8s spotted at TENAA ahead of announcement 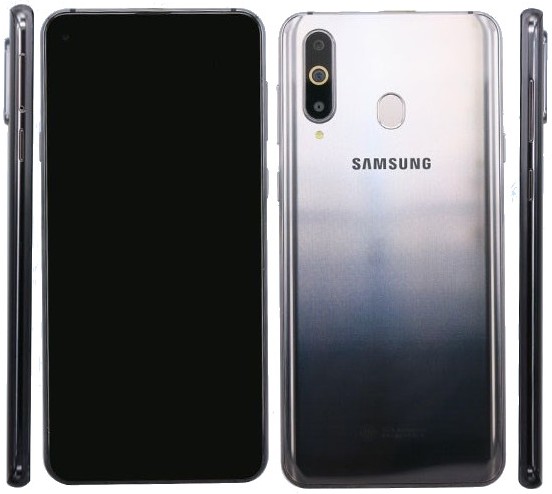 Recently, the tech giant Samsung confirmed the announcement date of its upcoming smartphone Samsung Galaxy A8s on 10th December. Now the device Samsung Galaxy A8s with model number SM-G8870 spotted at TENAA and moves one step more towards the announcement.Since the device has already certified by the FCC certification.
The TENAA listing revealed that it will come with triple rear cameras, rear mounted fingerprint sensor.

As per the latest rumor, the device Samsung Galaxy A8s with glass back and metallic frame will sport a 6.39-inch Full HD+ 19:5:9 2.5D curved glass display with the resolution of 2340 x 1080 pixels. It will have dual-SIM functionality.
It will come with 6GB RAM and 128GB storage capacity, which can be further expandable up to 512GB via microSD card slot. It will have the dimension of 159.11 x 74.88mm x 7.38mm and will feature a rear-mounted fingerprint sensor.
It will be armed with the Octa-core Snapdragon 710 SoC (Dual 2.2GHz Kryo 360 + Hexa 1.7GHz Kryo 360 CPUs) processor with Adreno 616 GPU and will run on Android 8.0 (Oreo).
The camera section of the device Samsung Galaxy A8s will feature triple rear cameras including 24MP rear camera with LED flash, f/1.7 aperture, 10MP 120° Ultra Wide camera, 5MP f/2.2 depth camera and a 24MP front camera with f/2.0 aperture.
Connectivity wise, it will feature 4G VoLTE, Wi-Fi 802.11ac (2.4/5GHz), VHT80, Bluetooth v5, GPS + GLONASS, USB Type-C, NFC and it will be backed up by a 3400mAh battery with adaptive fast charging The cost of the device Samsung Galaxy A8s will be known on its announcement.