China’s smartphone giant Xiaomi  who is know for adding new chapters in Guinness World Book Records regularly. Since, it has set a series of Guinness World Records including the Xiaomi mobile phone sales by selling 2.11 million handsets in a 12-hour flash sale on its fifth anniversary in April 2015. After that Xiaomi India set Guinness World Record for building largest light mosaic (logo) and also Xiaomi sets Guinness World Record by opening more than 500 Mi stores in India instantly. 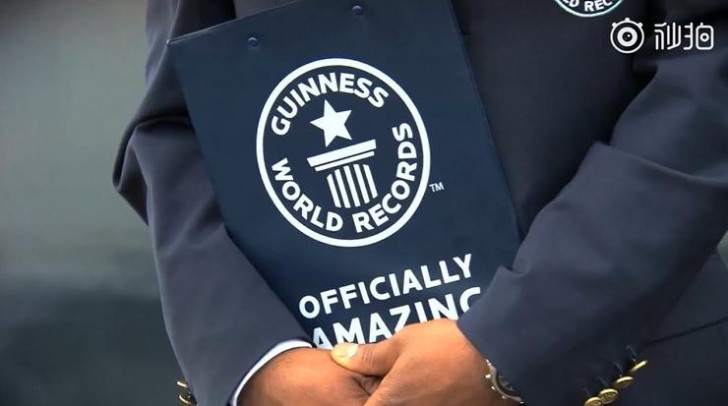 Now this time the company is in the path of creating the new world record as hinted by its leaked teaser. Also the Weibo post revealed that the Xiaomi founder Lei Jun has made all the preparation for setting a Guinness World Record on 24th December on the occasion of the launching of its latest upcoming smartphone Xiaomi Play. It didn’t disclose how it will make the Guinness Record with the phone. But the leaked image shows lots of smartphone boxes, so we imagine that it will make world record for unboxing millions of smartphone boxes at a time. Since, it is our speculation, and hasn’t officially confirmed yet, so take it as grain of salt!
According to the latest rumor, the upcoming smartphone Xiaomi Play will sport 5.84-inch Full HD+ curved glass display with the resolution of  2280×1080 pixels. It will come with 4GB RAM /64GB storage, 6/64GB, and 6/128GB internal storage capacities , which can be further expandable up to 256GB via microSD card slot. It will have the dimension of  147.76×71.89×7.8mm; weighs 150g and will have dual-SIM functionality.
It will have a fingerprint sensor on its back and also have dual-SIM functionality.
It will be armed with 2.3GHz Octa-Core Processor / Helio P30 and will run on Android 8.1 (Oreo) with MIUI 10.
The camera section of the device Xiaomi Play will include dual rear camera of 12mp with LED Flash, secondary camera and a front-facing camera of 8MP.
Connectivity wise, it will feature Dual 4G VoLTE, Wi-Fi 802.11, Bluetooth, GPS + GLONASS and will be backed up by 3000mAh battery.
The Weibo post also suggests that the Xiaomi Play will be Xiaomi’s first device coming with a water drop notch with a gradient color finish.
It will also come with 10GB free monthly data to its users.
We have to wait few more hours to see how the Xiaomi will create the new Guinness World Record.