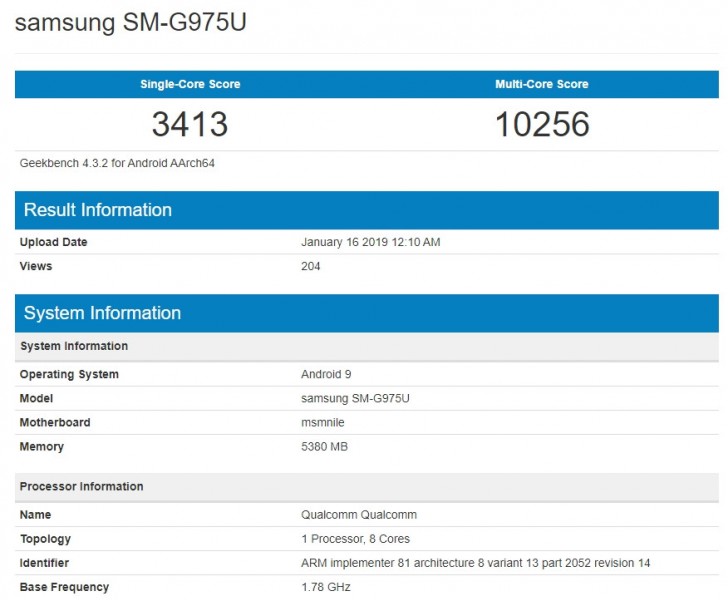 As we know the tech giant Samsung is preparing to announce Samsung trio flagship smartphones of Galaxy S10 series namely Samsung Galaxy S10, Samsung Galaxy S10+ and Samsung Galaxy S10 Lite on 20th February at an event in San Francisco, U.S.
Now one of the device Samsung Galaxy S10+ with the model number samsung SM-G975U spotted on Geekbench benchmarks with leaked specifications. As per Geekbench listing, the upcoming flagship smartphone Samsung Galaxy S10+ will be armed with the latest Snapdragon 855 chipset . It will come with 6GB RAM , totally different from the previous rumors , which was revealed that it will feature 8GB /10GB RAM.
The device also scored 3413 at single core, and it has gained 10256 scoring at multi-core processing unit.
The renders of all the three smartphones has leaked and also the same renders revealed that Galaxy S10+ will include triple rear cameras and a single front camera, while its another version will come with four rear cameras, dual front cameras and will have 5G-connectivity .
We have to wait few more days to get more information, whether the device will come in one or more versions.