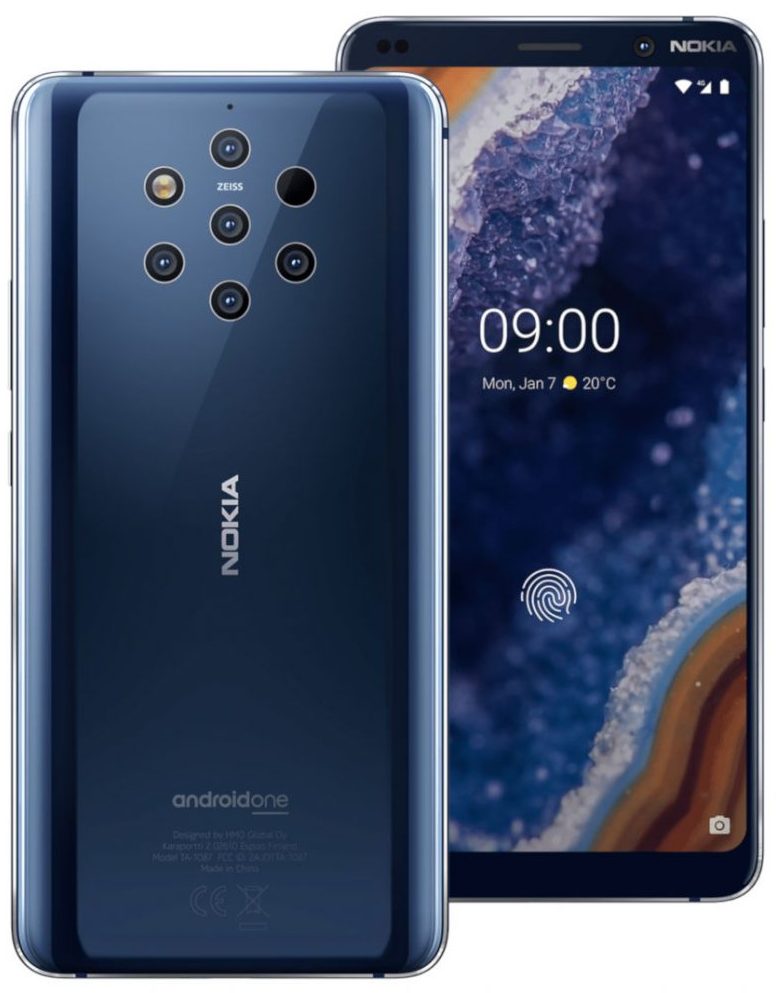 The global head of social media of Nokia mobile, Edoardo Cassina had posted a camera sample on Instagram captured by the phone and just after that the HMD Global announced the latest flagship smartphone Nokia 9 PureView at MWC, 2019 event which is going on in Barcelona. The Nokia 9 PureView is priced at $699 (Rs. 49,650 approx).

It is a camera-oriented smartphone and the main attraction is its 12MP penta rear cameras which includes two RGB and three monochrome lenses, which have the capability to accumulate up to 10-times the amount of light than a single colour sensor, with ZEISS Optics.

The flagship smartphone Nokia 9 PureView comes with water-resistance body with IP67 ratings sports 5.99-inch Quad HD pOLED display with the resolution of 2560×1440 pixels, having Corning Gorilla Glass 5 protection. It has 6GB LPDDR4x RAM, internal storage capacity of 128GB (UFS). It has the dimension of 155 x 75 x 8 mm; weighs 172g and has an in-display fingerprint scanner.
It is armed with 2.8GHz Octa-Core Snapdragon 845 64-bit 10nm processor with Adreno 630 GPU and runs on Android 9.0 (Pie).

The camera section of the device Nokia 9 PureView includes 12MP penta (2 x RBG, 3 x mono) rear cameras with f/1.82 aperture, LED flash and a front-facing camera of 20MP.
Its camera is so impressive that it can edit the captured images in uncompressed RAW “DNG” format directly on the phone with Adobe Lightroom and Native black-and-white photography.

The company has mentioned on its camera quality- “Each 12MP JPG image can benefit from outstanding detail in areas of both bright sunlight and dark shadows at the same time with incredible texture. The depth map allows beautiful bokeh, giving you the possibility to adjust focus in Google Photos after you have taken the shot,”.

The users can get the Nokia 9 PureView in Midnight Blue color and the company will make it available from March in some of the selected countries.