After releasing the teaser image of the upcoming smartphone Oppo F11 Pro, now the smartphone manufacturer finally set the launching date of the device in the Indian market on 5th March.

The earlier leaked image already revealed few details related to the smartphone Oppo F11 Pro. As per the latest report, the smartphoneOppo F11 Pro with 3D gradient back will come with 48MP rear camera along with 5MP secondary rear camera. The device will have notch-less design, making the room for pop-up front camera .

It will have VOOC 3.0 Superfast Charging support that is 20-minutes faster than the existing  VOOC charging technology.
Also the company has already confirmed that it will  feature AI Ultra-Clear Engine which includes the AI Engine, Ultra-clear Engine, and Color Engine. The AI Engine and Ultra-clear Engine delivers the perfect Super Night Mode and also perfectly recognizes the scenes and optimizes the settings not only that Engines also helps in optimization for image-stabilization during long exposure, low-light performance, and skin brightening. 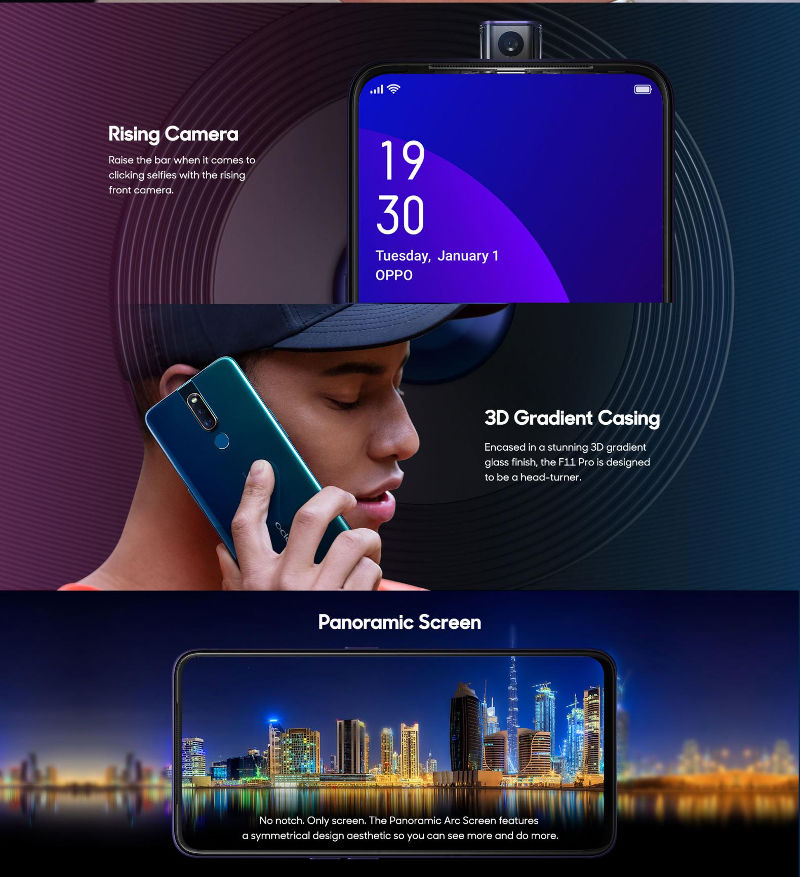 The leaked image showed the device in Thunder Black and Aurora Green colors.
We will get the more detailed and confirmed specification along with its cost on its launching .

Stay with  us for more information.