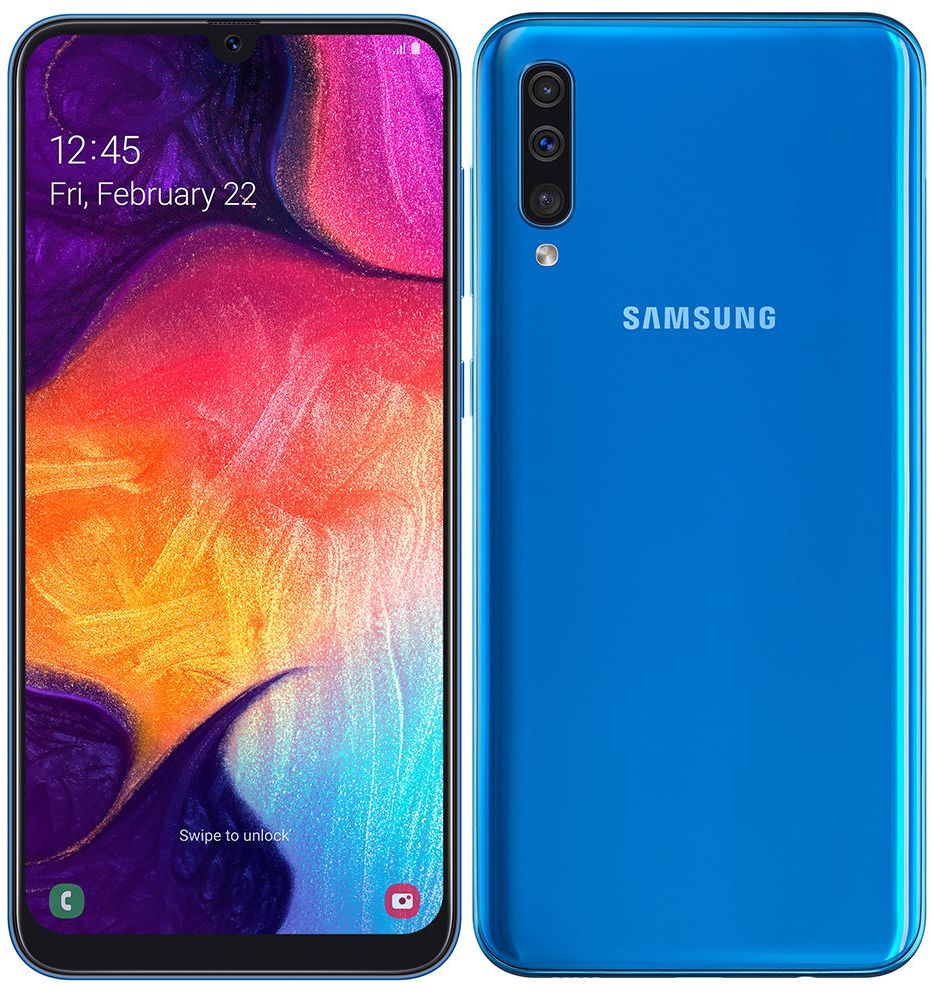 Last month, the smartphone Samsung Galaxy A50 with the model number SM-A505FN/DS spotted at Geekbench and also revealed that it will be  introduced with two versions and now the tech giant Samsung launched the smartphone with triple rear cameras in the Indian markets. Since, it has already announced recently.
The smartphone Samsung Galaxy A50 sports 6.4-inch Full HD+ Infinity-U Super AMOLED display with the resolution of  2340 x 1080 pixels. It has 4GB RAM with 64GB storage / 6GB RAM with 128GB internal Storage capacity , which can be further expandable up to 512GB via micro SD card slot. It has dual-SIM functionality, dimension of 158.5 x 74.7 x 7.7mm. It also features an in-display fingerprint scanner.

It is armed with Octa-Core (Quad 2.3GHz + Quad 1.7GHz) Exynos 9610 10nm processor with Mali-G72 GPU and runs on Android 9.0 (Pie) with Samsung One UI .
The camera section of the device Samsung Galaxy A50 has triple rear cameras including 25MP rear camera with LED flash, f/1.7 aperture, 5MP depth sensor with f/2.2 aperture, 8MP ultra-wide angle camera with f/2.2 aperture and a front-facing camera of 25MP with f/2.0 aperture.