The smartphone manufacturer Realme finally gave the confirmation of the launching of its latest smartphone Realme 3 in the Indian market on 4th March and it will be available at Flipkart, it also added that the device with diamond cut design will come with dew-drop notch design, it will be powered by MediaTek Helio P70 12nm SoC chipset and backed up by a 4230mAh battery.

It will be successor of the Realme 2 that was launched in India in August last year at Rs. 8,990 . 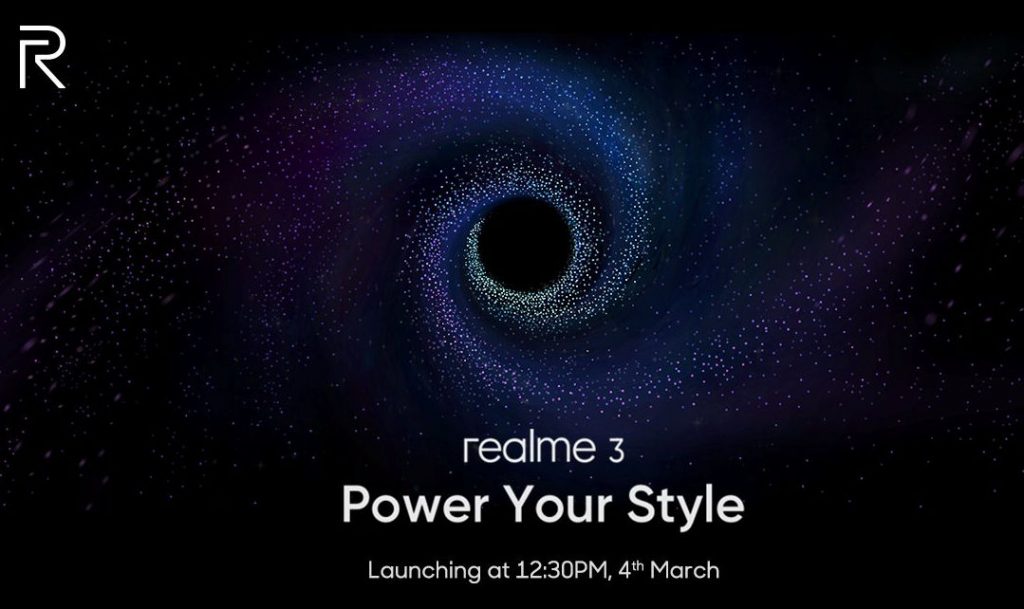 Earlier the teaser image of the upcoming smartphone Realme 3 already  revealed that it will have a vertical dual rear camera arrangement, which will be totally different from its existing predecessors Realme 2 and Realme 2 Pro , as both have a horizontal dual rear cameras. It will feature a rear-mounted fingerprint sensor.

Its predecessor Realme 2 sports 6.2-inch 18:9 FullView 2.5D curved glass display with with the resolution of 1520 x 720 pixels having Corning Gorilla Glass 3 protection. It has 3GB RAM with 32GB storage / 4GB RAM with 64GB storage, which can be expandable up to 256GB via microSD card slot. It has the dimension of 156.2×75.6×8.2mm; weighs 168g. It has dual-SIM functionality and also it also features face unlock and Fingerprint sensor.
It is armed with 1.8GHz Octa-Core Snapdragon 450 14nm processor with Adreno 506 GPU and runs on ColorOS 5.1 based on Android 8.1 (Oreo).

The camera section of the device Realme 2 includes dual 13MP rear camera with LED flash, f/2.2 aperture, secondary 2MP camera with f/2.4 aperture and a front-facing camera of 8MP with f/2.2 aperture, 1.12μm pixel size.
Connectivity wise, it features Dual 4G VoLTE, Wi-Fi 802.11 b/g/n, Bluetooth 4.2, GPS + GLONASS, USB OTG and it is backed up by 4230mAh built-in battery.
The earlier teaser also revealed that Realme 3 Pro will also share the same platform along with Realme 3 during launching. The Realme 3 Pro will be the successor of the Realme 2 Pro that was launched in September last year.